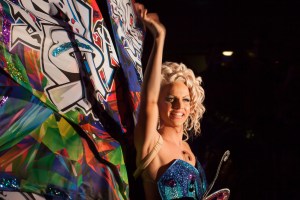 The NSW government will provide an exemption to lockout requirements at venues in the Oxford Street area for the 40th Sydney Gay and Lesbian Mardi Gras Parade.

Paul Toole, the minister for racing, announced that venues in the area can continue to admit people beyond the usual 1:30am or 2am restrictions. Venues will still need to cease serving alcohol at their normal times at 3am on the morning of Sunday 4 March, or 3:30am for venues with live entertainment extensions, and comply with their other licence conditions.

“The NSW government is pleased to relax the lockout laws as part of its support for the Sydney Gay and Lesbian Mardi Gras Parade,” comments Toole. “It is an internationally renowned event that attracts visitors from all over the world and injects around $40 million into the NSW economy each year. Relaxing the requirements will give people more time to make their way to surrounding venues and events when the parade finishes.”

“The city will come alive and this move allows business to take full advantage of the influx of the large crowds expected,” adds minister for the arts Don Harwin. “It’s an important milestone for the LGBTI community and we trust everyone will have a safe evening celebration.”

The exemption follows similar arrangements for other events, such as the Sydney CBD and Kings Cross lockout exemption on New Year’s Eve, and extended Sunday night trading for certain hotels and registered clubs across NSW for the NRL Grand Final.