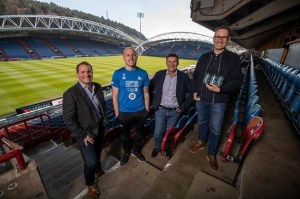 Lion has added to its list of recent investments after it acquired 100 per cent of leading UK craft brewer, Magic Rock Brewing Company.

The move follows Lion’s recent purchase of 50 per cent of Australian craft distillery, Four Pillars, with Magic Rock setting the brewer up for expansion in the UK’s craft beer market.

Lion Global Markets managing director, Matt Tapper, said: “Magic Rock has been one the pioneers in the UK craft beer scene and has built a loyal following due to its relentless pursuit of authenticity and quality. We’re excited to have the opportunity to help Richard and the team build on their success.

“Lion has a long and proud history in craft beer in Australia and New Zealand and we see some great opportunities to help put Magic Rock into the hands of more beer lovers.”

Founded by Richard Burhouse and head brewer Stuart Ross in 2011, within its first year of operations, Magic Rock was voted second best new brewery in the world (2012) in independent rating site RateBeer.com’s Top New Breweries awards. It has since been voted five times as a top 100 world brewer on RateBeer.com.

Burhouse, said: “With the support of the beer community, in eight years Magic Rock has become one of the UK’s leading craft brewers, distributing across the UK, as well as internationally. The best way for us to build on this legacy over the long term is to introduce Magic Rock beers to a much wider audience.

“We’re excited to be joining one of the world’s best brewing experts under the shared promise to keep making great beer, on a bigger scale, through their knowledge, expertise and investment.”

Craft beer is still growing in popularity in the UK, currently representing around six per cent of UK beer volumes and five per cent of global craft beer volumes. Lion has said it is committed to supporting Magic Rock through its next phase of growth, investing to build its distinctive brand and enhance the Magic Rock hospitality experience.

Tapper added: “Lion is continuing to take a patient, long-term approach to capital investment in international markets to meet the demand for diverse craft beer experiences.

“The UK continues to be one of the most exciting places in the world to experience craft – and given its cultural similarities to Australia and New Zealand, now is a great time to partner with Magic Rock to invest in building their premium brands and to expand Lion’s presence in that market.”