Lecturer and respected brewer Stephen Nelsen said while new breweries were still opening, others were consolidating and looking to employ more staff.

“There’s a real demand for technical skills and formal qualifications in the industry,” he said.

As part of the course, students learn the process of commercial beer production from start to finish.

The beer is produced under the Campus Brewery label and is sold on campus at Results Deli and Café, as well as through specialist craft beer retailers around Adelaide. 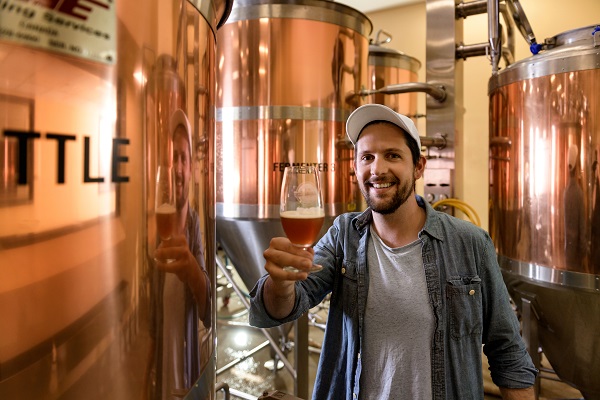 The traineeship will offer three blocks of study – core skills, beer skills and pack skills – spaced out over several months, so employees can juggle their work and study commitments.

“There is a financial benefit for employers and it’s a way to reward and retain good staff and share skills,” Stephen said.

“It’s a young industry so we can learn from each other and that’s ultimately to the betterment of beer.”

Jonny Bucknall, of Sydney, travelled to SA for the brewing course after initially doing a one-week Craft Beer Boot Camp.

“It was an expense to come to South Australia to do this course but the knowledge and experience I have gained is invaluable and will no doubt help me in pursuing a career in the industry,” he said.

Jonny, who now works for Modus Operandi, said the breweries he had approached in Sydney had high praise for the TAFE SA course with many of the brewers having completed it themselves.