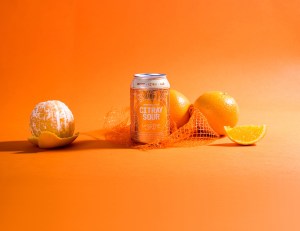 The beer was initially made solely for kegs at the end of 2017. Conceived as a one-off release following the discovery of a parcel of locally grown orange, it attracted enough positive feedback for the brewery to create its first canned farmhouse sour.

The straw coloured beer has a 4.5% ABV and has been fermented with the La Sirène’s house yeast before being soured by natural microbes living within the brewery’s walls.

“The Citray Sour is a newly canned beer here at La Sirène that excites us to no end,” comments Costa Nikias, founder and chief artisan at La Sirène Brewing. “Finally a permanent sour in our range in such a great format! The heady citrus aromas from Victorian-grown citrus against the natural sourness from our brewery is a perfect match. Sante.”

It is available across Australia from Friday 16 March.