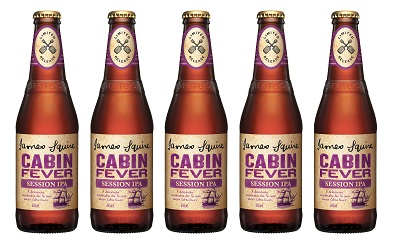 James Squire have jumped on the Session IPA train, announcing the release of the ‘deliciously sessionable’ Cabin Fever Session IPA.

The new limited edition James Squire Cabin Fever is the second to be released at scale from the brewing team at the Malt Shovel Brewery in 2017, and offers a modern take on traditional IPAs.

Session IPAs are increasingly popular with beer drinkers who want a lower alcohol percentage, while maintaining the characteristic hop aroma that everyone loves about an American IPA – with reasonable fullness and balance that doesn’t leave you weighed down.

The James Squire Cabin Fever clocks in at an approachable 4.5% ABV and is described as a thirst-slaking IPA for everyday enjoyment, for those seeking a hoppy hit that’s still big on refreshment.

“We’ve been hearing for a while that hop-lovers are asking for a more modern IPA from James Squire,
said Chris Sheehan, Head Brewer at Malt Shovel. “That’s why we’ve introduced James Squire Cabin Fever – an American style session IPA.

“The beer’s initial malt sweetness gives way to a vibrant tropical hop hit and a clean finish that will leave you craving more.”

James Squire Cabin Fever will be available on tap in James Squire Brewhouses and in bottles at First Choice, Liquorland and Vintage Cellars nationally from mid-June. 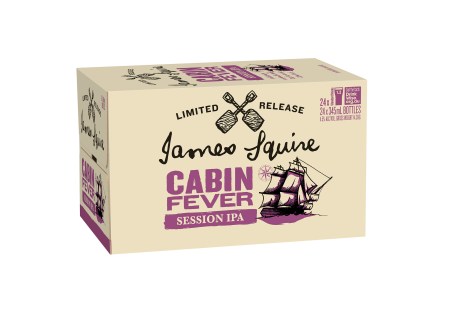