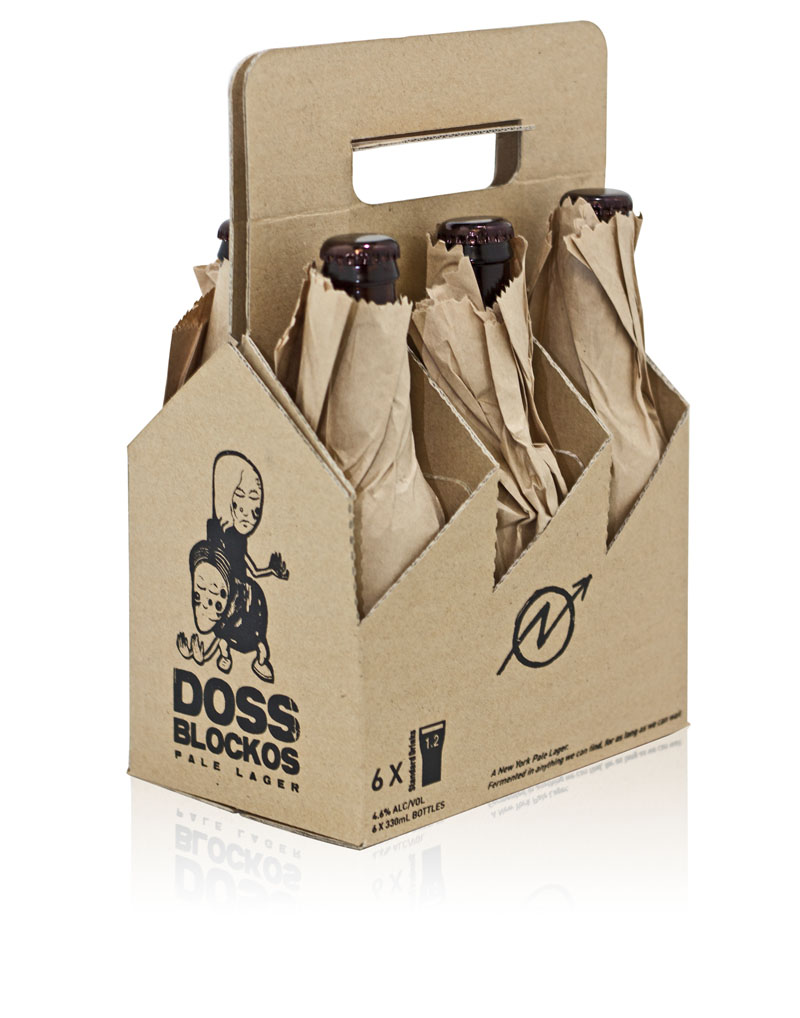 Dos Blockos Pale Lager is born from the underground squatting fraternity that came about in New York in the 1990’s. It was a time when squatters in the infamous Dos Blockos building were renovating with every tooth and nail they could find to make vacant buildings habitable, whilst developers were throwing around their corporate weight to force the squatters further down into the discarded underground.

Tough living wasn’t tough when it was what people believed in. It was art and music and party and the beer that developed was bare of anything but the essential taste. The speciality pale malt and cascade hops were used because that’s what was available. The Doss Blockos that is being consumed now still comes in the brown paper bag that everyone knows beer had to beconsumed from when people needed to be able to keep the law out of their face.

At 4.6% ABV, Doss Blockos is a smooth premium Pale Lager, all natural, brewed in the traditional Lager way. With a malty flavour that balances a mild hop bitterness nicely, it’s a beer that’s been brewed for easy drinking and has a sessionability that ensures the fresh crisp taste leaves you wanting to grab another.

Watch the video below: