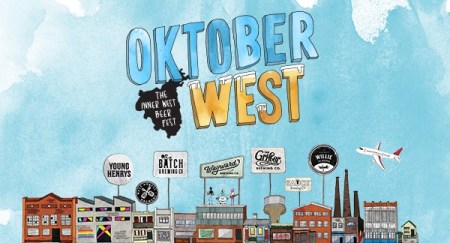 Following the launch of the Inner West Brewers Association (IWBA) in June, the group has just announced its first beer festival, aimed to showcase the best beers brewed in the Inner West.

Darcy Byrne, Elected Mayors Council of the Inner West, said: “The love of craft beer is one of the wonderful characteristics of our inner west community, and we want to make it a strength of our local economy.”

As a part of Sydney Beer Week the inaugural Oktoberwest will be held at the Factory Theatre on Sunday 22 October, for a day of specialty brews, live music, DJs, games, food trucks and more.

The Festival will mark the official launch of the Inner West Brewery Association and celebrate the rich culture of Australia’s craft beer capital with a curated line-up of brews from seven of the best breweries in Sydney.

Marrickville’s Factory Theatre will be transformed into the ultimate beer garden and beer hall, boasting entertainment galore across multiple stages.

Tickets will be available soon, but in the meantime you can stay tuned for the soon-to-be revealed music lineup of Inner West talent via the Oktoberwest Facebook page.

Peter Philip, Founder Wayward and President of Inner West Brewery Association said: “The Inner West is the new craft brewing capital of Australia and Oktoberwest is set to become the premier beer festival for showcasing the fantastic beers being produced here, add to that the amazing local bands we have lined up and you’ve got the recipe for one of Australia’s best beer festivals.”