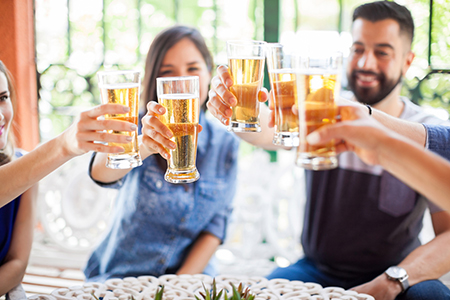 A comprehensive 10-year study by DrinkWise into the Australian drinking culture has shown a range of positive outcomes which point towards more mature attitude towards alcohol in Australia.

The study – Australian Drinking Habits 2007 vs 2017 – was commissioned by DrinkWise in order to gain insights and updates into Australians’ drinking practices, beliefs and attitude. The positive outcomes of the study reinforce the recent government statistics and trends which shows more Australians are drinking moderately and fewer are drinking to excess.

DrinkWise invested more than $100,000 in the study, which DrinkWise CEO, John Scott said was an important investment.

“Over $100,000 was invested in both the quantitative and qualitative data used to analyse and understand the current Australian drinking context. This research is integral for DrinkWise to better understand the alcohol behaviour landscape and lets us review and assess our work with the Australian community.

“The results are in line with the positive changing culture we have been observing for many years, and are evident in the messaging of DrinkWise campaigns and approaches – that’s something we’re really proud of,” Scott said.

The report found that more than six in 10 consumers say that on a day when they have an alcoholic drink, they usually have no more than two standard drinks. Additionally the concept of drinking to excess has significantly decreased in the last 10 years with 16 per cent of drinkers disclosing that they usually consumer five or more standard drinks, which is down from 24 per cent in 2007.

Other positive outcomes from the report show that in 2017 in 2017 59 per cent of 16-17 years olds reported never having consumed alcohol and that 87 per cent of Australians believe pregnant women should not drink alcohol.

There are also indicators that the Australian public are understanding and taking on board many of the messages surrounding responsible consumption of alcohol, with the percentage of people saying that kids under 18 should not drink alcohol increasing from 74 per cent to 80 per cent over the 10 years of the study. The number of parents who say it is OK for their children to drink alcohol as long as they supply it and know how much they will be drinking has also fallen, from 41 per cent in 2007 to 31 per cent in 2017.

Overall personal health, lifestyle factors and a focus on moderation are some of the reasons behind people’s decision to drink less and DrinkWise Ambassador Dr Andrew Rochford recognises that while drinking too much is a significant health concern for many Australians, there are other worries that are taking priority.

“Generally speaking, Australians are interested in leading a healthy lifestyle – issues including weight management and getting enough exercise are of higher concern to most Australians than their drinking,” Dr Rochford said.

“From a medical perspective, it’s also good to see an increasing number of Australians agree pregnant women shouldn’t drink alcohol. This has been a focus of communications from government and organisations like DrinkWise over the last five to six years and we look forward to seeing this trend continue to increase.”

“The DrinkWise report has demonstrated that the Australian drinking culture is maturing.  Aussies are changing where and what we drink.  Most people are drinking at home, typically while enjoying a meal, and socialising with friends and family. Our tastes are changing, too, and we’re opting for lower alcohol alternatives such as mid-strength beer.”