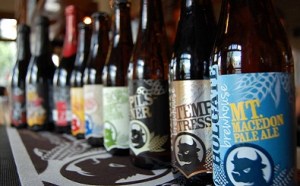 The Independent Brewers Association (IBA) has announced the launch of its Beer Labeling Guidelines.

The Guidelines and the accompanying Logo Pack have been months in the making and are designed to make it as easy as possible to get labeling right. The IBA is making these Guidelines, which explain legal requirements and discuss myths and misconceptions, available to all independent brewers in Australia, including non-members.

“The truth is, for professional brewers seeking commercial markets, correct labeling is absolutely essential,” the IBA says in a statement. “That’s why we’re making these Guidelines available to all Indie Brewers across Australia, not just our members. It’s a leadership stance for the benefit of the entire sector.

“We’re urging all Indie Brewers to revise your labeling now and apply the IBA’s Independence Seal. As we know, consumer awareness of the Seal changes consumer behaviour.”

Guidelines include explanations around regulatory authorities, relevant standards and the definition of beer, as well as logos that can be features on beer labels, such as Drinkwise pregancy advisory messages, recycling logos and gross weight logos.