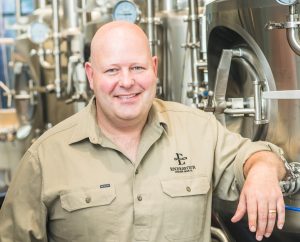 The Independent Brewers Association (IBA) has submitted a series of reforms to the alcohol excise regime.

A letter from Ben Kooyman, chairman of the IBA, was sent to Scott Morrison MP, treasurer of the Australian government, proposing changes to the current system, particularly regarding the way its operates with respect to the 443 independent brewers in the country, as well as wholesalers, retailers, restaurants and bars that are supported by the brewing industry.

“What we are seeking is a fairer, safer and more business-friendly set of excise laws and their application, which will ultimately be a better outcome for consumers, employees and also the Australian economy,” Kooyman says in the letter. “The reforms we propose in this submission will enable our members to operate more efficiently, increase their production and their exports, create more jobs and reduce prices for consumers.”

The letter lauds the growth of the independent brewing sector in Australia, citing the doubling of industry participants over the last five years, the 2,400 Australians who are directly employed within the industry and the $740m contribution in economic output each year. But it laments excise laws that it says are an impediment to cashflow and are applied unfairly compared to other part of the alcohol industry.

“The excise rules favour one alcohol type over others,” states the letter. “Where independent brewers can only claim up to a maximum of $30,000 per annum, similar businesses in the wine industry can claim up to $500,000 in WET rebate.”

The recommendations from the IBA are as follows:

The letter states that these changes will have significant benefits for the industry, but also the government’s coffers.

“The reforms we are seeking will not only be revenue positive for the Australian government, but will supercharge the independent brewing sector in a way that will allow it to create more than 134 additional direct jobs and hundreds more indirect positions, increase federal government receipts by $12.56m per annum, allow brewers to focus on increasing production and reaching out to export markets, work with local suppliers of malt, barley and hops to boost Australia’s agricultural sector, [and] build further strength into the important retail and hospitality sectors.”

The IBA intends to follow up this submission with a campaign involving its members to gain support from federal MPs.

Do you love beer, bars and sales? Then we've got just the role for you.

A Big Beer Perfect for Staying In

Get our App! For brewers, by brewers

Fermentis has designed a new application to advise and help all brewers.

New details for the October 24 festival will be released soon. The Carwyn Collaborational is[...]
View Calendar
Add