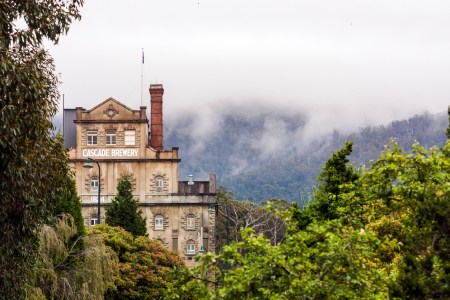 Carlton and United Breweries (CUB) has revealed it is planning to upgrade its Cascade brewery as part of plans to make it, and Tasmania, a craft brewing hub for the Asia Pacific region.

The brewing upgrade will see a 65 per cent increase in production at Cascade and will cost CUB $10.3m. CUB has also said it is “particularly grateful” to the Tasmanian Government, which is making a $1m contribution to the upgrade.

“We are thrilled that Cascade will become CUB’s craft brewing hub for the Asia Pacific region. It is testimony to our long-term confidence in Cascade, Hobart and Tasmania,” said Jan Craps, CEO of CUB.

“We love Tasmania’s vibrancy and confidence and its world renowned reputation for clean food and drink. We’re also backing our team of experienced brewers at Cascade to take us to the next level. We’re going to build on a heritage that commenced when Cascade first brewed for Tasmanians in 1832,” Craps said.

The upgrade will see brewing options extended at Cascade, including the brewing of more experimental beers and also some of the craft brands owned by CUB’s owner, AB InBev.

As well as revealing the upgrade plans, CUB also announced the appointment of Anita Holdsworth as Cascade’s new brewery manager.

“Anita brings to the role a dynamic passionate leadership style, perfectly suited to the challenge and the opportunity of growing Cascade as CUB’s craft hub,” Craps said.

Having started her career working in medical genetics research, Holdsworth moved into microbiology and chemistry before transitioning to manufacturing.

“I can’t wait to start on this exciting transformation of Cascade. We’re going to do great things building on Cascade’s heritage,” Holdsworth said.

‘I’m excited to have the opportunity to build more partnerships with local Tasmanian companies and connect with local communities. This starts with using even more great, fresh Tasmanian ingredients in our beers and ciders.”