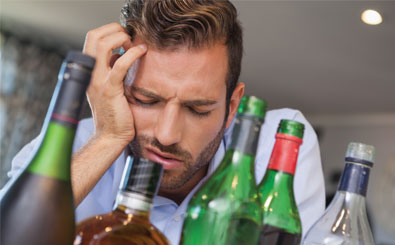 Feeling a little dusty today? Well apparently you’re not alone, with Australians spending a whopping 91.5 million hours a month hungover and one-in-five taking one or more sick days in the past year because of a hangover, according to new research.

Nearly half of Australian drinkers have also skipped significant social events such as weddings and birthdays due to being hungover and 60 per cent admitted to experiencing low productivity at work due to being a little ‘under the weather’.

The research was commissioned by Dry July, which encourages Aussies to go booze-free for a month to support adults living with cancer, with a total of 1,030 Australian drinkers aged 18+ interviewed for the survey.

It found more than half of Aussie drinkers (52 per cent) have felt pressure to drink alcohol in social situations, with half considering it to be ‘un-Australian’ not to drink at these occasions.

The majority of Australians (83 per cent) found it easier to resist peer pressure if they had what is deemed to be a legitimate excuse not to drink alcohol. Common reasons range from driving, to being pregnant, training for a fitness event, detoxing, being sick or on antibiotics

“Our research report has uncovered some sobering facts about the social pressures faced by Aussies when it comes to drinking and the impact of hangovers on our work and social commitments,” said Dry July CEO and co-founder Brett Macdonald.

“It also found that 21 per cent of Australians have not gone for more than a week without drinking in the last five years. This is why we’re encouraging everyone to take the Dry July challenge and see what can be achieved without a hangover.”