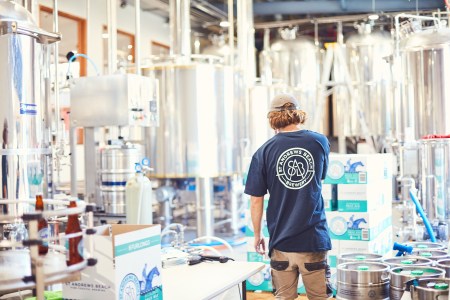 A former horse training complex on Victoria’s Mornington Peninsula has been converted into a unique brewery and agribusiness.

Before its current iteration as St Andrews Beach Brewery, the property was owned by renowned horse trainers the Freedman brothers, where they trained a number of winning horses including three-time Melbourne Cup winner Makybe Diva.

When its equine days were numbered, Andrew Purchase (who built the property) and Michael Freedman saw potential for the facility to be repurposed as a brewery; other investors who have since joined include Tommy Berry, two-time winner of the Golden Slipper, and cricketer David Warner.

Business development manager, and Purchase’s son Tim Purchase, explained to Beer & Brewer that much of existing infrastructure of the facility has been incorporated into the new venue; former boxes that used to house horses have been converted into private dining areas, while the 1200m racetrack is now home to a variety of 8000 apple and pear trees – with the future vision of producing cider. 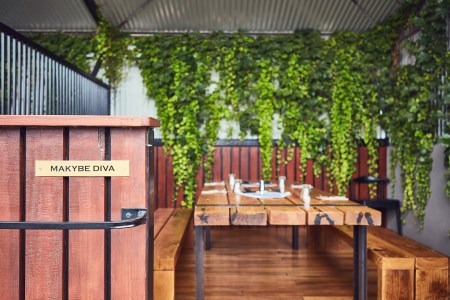 “The former paddocks out on the farm, we’ve currently got pigs, sheep, and chickens… we’ve also planted a two-acre veggie garden which consists of tomatoes, carrots, corn, radish and heaps of herbs that we intend to use in the kitchen,” he added.

“We’ve tried to go with a theme that tells the story of the property – our Pale Ale is called Six Furlongs, which is the length of the racetrack; our Aussie Lager is called The Strapper, like the working man’s beer; our Golden Ale is called Box 54, because that’s the box Makybe Diva was in, and then our Pilsner is called Race Day as it’s quite vibrant and fruity and we’ve tried to link that with the races.

“Being pretty close to the beach and being a bit of a tourist hot spot down here, we wanted to make all of our first core range of beers as sessionable as possible, so people can come down here and have three or four and not get sick of them.”

Jeff Young, former executive chef of the Pantry in Brighton, has created a menu that goes hand in hand with St Andrews Beach Brewery’s beer selection – consisting of small plates, share plates, salads, pizzas and burgers.  The brewpub itself is licensed for up to 180 people. 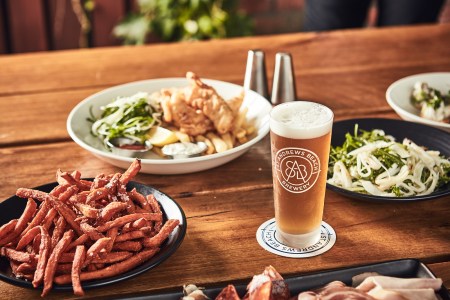 Purchase adds that they’re planning to extend the range to include a mid-strength offering as well as rotating seasonal beers, and that the 25 hectolitre brewhouse and bottling line provides ample room for future expansion.

“We’ve got packaged beer as well which we’re currently only selling on the premises, so we’ve got six-packs and cases available. We’ve also got plans after the busy summer rush to start selling to local stockists initially and as we grow we hope to grow our distribution network.”