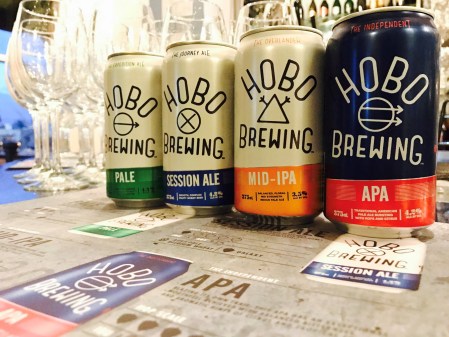 South Australian owned and operated VOK Beverages has announced the launch of Hobo Brewing, a new player to the craft beer market tailored to “the modern man”.

“Hobo Brewing was created by gathering knowledge and experience from all over the country and beyond – much like the stories from hobos of years gone by.

“The range offers an ale for every occasion. Be it a spice-led wheat beer, perfect for an Australian summer, through to a hop heavy, mid-strength IPA.”

Marchetti comes with extensive international experience brewing for brands including Heineken, Becks and Guinness. His inspiration for the recipes came from exploration from all corners of the globe.

“We saw an opening in the market for a range of craft beers that are relatable to the everyday man. A Hobo is a man who moves through life with intent, drive and one who paves their own path – all the while with a craft beer in hand. Creating fresh, balanced and enjoyable beer is our number one priority.

“The overall philosophy of Hobo Brewing is based on a world awash with mediocrity, choosing the road less travelled, forgetting the origin and the destination, but always enjoying the ride,” says Marchetti.

The new range will be available from selected venues and outlets from September 2017.