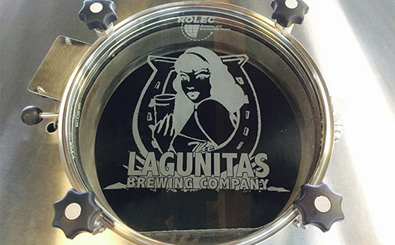 Global brewing giant Heineken has announced the acquisition of a 50 per cent stake in the fifth largest craft brewer in the US, Lagunitas.

Last year Lagunitas shipped almost 600,000 barrels, but the deal means it will no longer be classed as a craft brewer, according to the guidelines set by the Brewers Association. Those regulations state that craft brewers must be less than 25 per cent owned or controlled by a larger brewer.

The brewery was founded in 1993 by Tony Magee and currently operates two breweries; one in Petaluma, California and one in Chicago. A third brewery is currently under construction in Azusa, California.

Jean-François van Boxmeer, chairman of the executive board and CEO of Heineken said: “We are very excited to partner with Lagunitas. We recognise and respect the tremendous success of Tony and his team in building one of the great US craft beer brands.

“We look forward to that same team partnering with us to expand Lagunitas globally, so it can reach parts of the world that other craft beer brands have not.”

Magee added: “This venture will create a way for Lagunitas to let Heineken participate in the growing craft beer category across its global distribution network in places from Tierra del Fuego and Mongolia to the far-flung Isle of Langerhans.

“Lagunitas will share in the best quality processes in the world and enjoy access to opportunities that took lifetimes to build. This alliance with the world’s most international brewer represents a profound victory for US craft. It will open doors that had previously been shut and bring the US craft beer vibe to communities all over the world.”