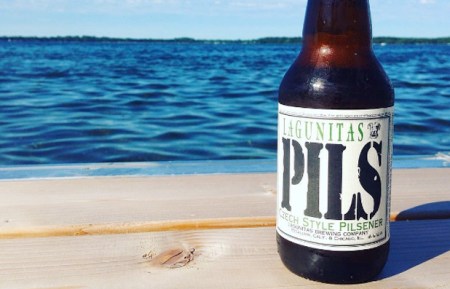 Heineken has acquired all remaining shares in California based Lagunitas Brewing Co, with the aim of accelerating the breweries global expansion.

Heineken, which initially purchased a 50 per cent stake in Lagunitas in 2015, has not disclosed the financial details of the remaining 50 per cent purchase.

Tony Magee, the Founder of Lagunitas, will continue on as Exectutive Chairman of the company and will be supported by his current management team. He will continue to oversee culture, brand and recipe creation.

In addition, he will consult separately in a leading advisory role as Director of Global Craft to Heineken and its Executive Board on the global and local craft strategy.

The acquisition has been met with backlash on social media, with one user commenting: “I am not aware of any craft brewery that has not seen a dip in quality after selling out in this way. RIP Elysian.”

But the brewery has assured that its beers will continue to be brewed by the same people, in the same locations, with the same ingredients coming from the same family farms.

It will continue to operate as an independent entity within Heineken and will report within the Heineken Americas Region.

“Our quality is what brought us forward, and we are committed to keeping that the same, while coming out with exciting new brews as well,” said Lagunitas on Facebook.

Magee said that while some may see it as selling out, the deal will help to speed up Lagunitas’ global expansion.

“Some who don’t fully understand it all may say it is selling out. Truth is that we did then, and are now ‘buying in’… Money has value and equity has value too. I am using Lagunitas’ equity to buy deeper into an organisation that will help us go farther more quickly than we could have on our own,” he said.

“During the 19 months of our partnership we have come to trust and truly believe in each other. Through that we have found ourselves aligned on how to bring the vibe of US craft-brewing to beer lovers everywhere. Only by fully committing to this relationship can we both respond to the historic opportunity that awaits us in all 24 time zones.”

Lagunitas announced in February that they would be expanding its distribution reach within Australia, beginning with the launch of its IPA.

Beer & Brewer has reached out to Heineken to find out what the acquisition will mean for the distribution of Lagunitas in Australia.