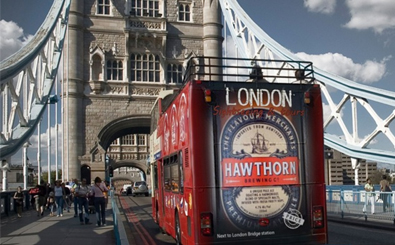 Victoria’s Hawthorn Brewing Company has announced it has secured a deal that will see its craft beers available in Great Britain.

Partnering with Majestic Wine the arrangement will see both Hawthorn Pale Ale and Pilsner ranged in all 212 stores throughout England, Scotland and Wales from this month.

“We are very proud and excited to be distributing our beer in Britain, which holds a special place for Hawthorn Brewing with all three co-founders having lived in England at one time or another. To be working with such an established and professional operator as Majestic Wine is a real bonus,” said co-founder and managing director Peter Willis.

The deal makes Hawthorn one of the biggest Australian beer exporters to Britain and comes after the brewery took out ‘Brewer of the Year – Oceania’ and ‘Supreme Champion Brewer’ trophies at the London-based International Beer Challenge (IBC) in 2014. The IBC is the largest packaged beer competition in the world.

The company’s UK presence will be further enhanced with chief brewing officer and co-founder Hamish Reed making the journey over in July as a guest judge for the 2015 IBC.

“The global craft beer movement is going from strength-to-strength and it is rewarding to see Australian craft beer being embraced at an international level,” said Willis.