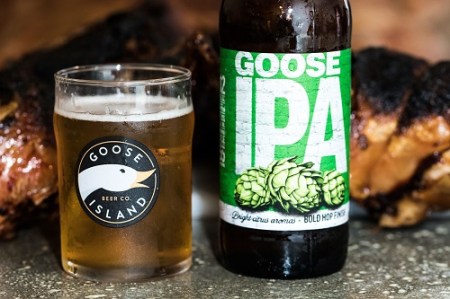 Ken Stout the President of Goose Island International has told Beer & Brewer that he is excited that the brand is in Australia and is looking forward to being part of the beer scene here.

Stout said that the brand is already performing well here, that he is certain there will be new beers added to the core range in Australia and that a Goose Island brewpub is very likely to open here.

“Goose is going really well over here, our core beers our key focus is on freshness, so we are really lucky that we can brew here so our beers can be really fresh,” Stout said. “We’ve got access to the Cascade Brewery, and down there the quality assurance and quality control standards are as high as they can get. This brewery can brew very delicate lager-beer where there is no margin for error, and they can brew it every day and make it absolutely identical to the same recipe that is being brewed around the world.

“With no margin for error, so the water composition, the behaviour and control of the yeast – these things are a wonder of technology. Now we have access, as a brewery to all this expertise and brewers to work alongside our brewers from Chicago, with recipes that were born and raised in Chicago. Our brewers are over here now and I can say that when they are drinking Goose beer over here, they are getting goose bumps because the beer is exactly the way it should be.”

At the moment the core Goose Island range in Australia is the IPA and Midway, but Stout told Beer & Brewer, that will be expanding.

“We will for sure bring some more beer over here that will become permanent here, but we want to crawl before we can walk,” he said.

“We want to make sure that we are bringing our beers at the right measure and at the right speed, but we are also super excited because we know that the beer lovers in Australia are really embracing a wider and wider variety of beer styles and flavours and that’s been our MO since we started in 1988.”

The core beers are brewed at the Cascade Brewery, and while some may have concerns about what that means, Stout is not one of them.

“We are very open about what we’re doing with which beers that are brewed over here. There is this term ‘brewed under licence’ and I really don’t like that because we are not brewing under licence, our brewers are brewing beer. They are just using equipment that’s in a different country that is part of our family of equipment, it’s not under licence, it’s our beer being brewed here. We don’t hide behind, but that can bring some skepticism from people, but not only do we not hide behind it, I’ll brag about.”

So with the Goose Island range already proving popular, Stout is looking forward to the brand’s future in Australia.