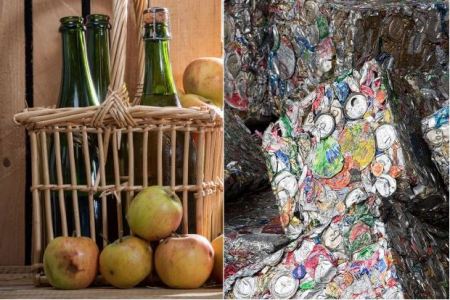 Cider Australia President Sam Reid has given his view on the New South Wales Container Deposit Scheme (CDS), and set out the negative impacts the scheme will have on producers, small businesses and consumers.

The NSW CDS is being implemented this month (December) and is possibly the worst thought out and implemented piece of legislation I’ve seen since the Rudd Government implemented the mining tax. As with the mining tax there has been quite a bit of consultation with industry without much impetus or desire to take it on board and evolve the scheme.

The legislation was then hastily passed with little or no fanfare or even public knowledge. I’m waiting for the uproar when Joe Public has to start paying $4 more per case for their favourite beverage for no benefit.

Frankly speaking this is another tax and another piece of red tape for business to navigate for very little benefit given society’s already strong understanding of and action around recycling.

From Cider Australia’s perspective, we have three main issues with the Scheme:

This is not a cider issue, this is a total market issue. NSW have decided to go ahead with the Scheme on their own with Queensland promising something in 2018 and Victoria staunchly refusing to implement anything as they don’t see the benefits. The net result of this is that it will create a cottage industry in cross state border funnelling of empty recyclable containers into NSW.

At the small end of the scale we’ll see Joe Public taking a trailer load of empties across the border each weekend from QLD or Victoria and popping into their local boozer to pick up a bunch of ‘free booze’ with their ‘earnings’. At the other end of the scale, there will be people who turn it into a business with semi-trailer loads of empties being taken across the border and deposited at recycling stations in NSW.

Who foots the bill for this I hear you say? Well of course it will initially be the producers, however once the over claims become significant enough the cost will flow through to the consumers of the products (if it doesn’t put some small producers out of business first).

In addition, as the Government hasn’t allocated any money to run the scheme, producers are being asked to pay the deposit and administration fee upfront to ensure there is money in the kitty to start refunding Consumers from the 1 December. This upfront payment is required before any product has even been sold, let along payment received. For many producers who have most of their business in NSW this is a significant disruption to their cash flow and adds to the strain of running a small business.

Interestingly, the company administering the scheme in NSW, Exchange for Change, is a joint venture between Lion/Kirin, AB InBev/CUB, Asahi, Coca-Cola Amatil and Coopers. I do hope this isn’t as sinister and suspect as it appears.

Here is where I would like to get cider-specific and point out again how poorly thought out the Scheme is. For reasons known only to the people who devised it, wine is exempt. We don’t begrudge the wine industry this exemption as we are great supporters of theirs and recognise the wine industry creates lots of jobs in regional Australia. Cider on the other hand, which like wine is made from fermented juice, has been included.

Ok I hear you say, that’s fair enough and maybe cider is a bit more like beer in the way it’s sold predominantly in stubbies. Fair enough. We can live with that except that cider will be unfairly charged a higher price per container than any other alcoholic beverage.

Cider is taxed on the final wholesale price of the cider. If we assume that most companies will put their prices up by 15c per container or $3.60 per case (the 10c per container fee and the just over 4c per container ‘administration’ fee that is being charged by Exchange for Change), and then cider producers are required to charge an additional 29 per cent tax on top of the $3.60, the final price increase works out to be $4.64. The net result will be that cider producers have to pay more than $1 extra per case of 24 stubbies vs beer!

Poorly thought out? You decide.