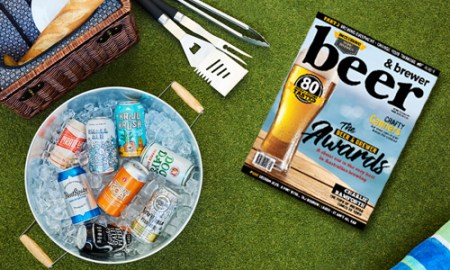 The summer issue of Beer & Brewer is now on sale with some exciting features to soak up while enjoying a few tinnies in the sunshine.

In this issue we have brought back the annual Beer & Brewer Awards, recognising excellence in the brewing industry. The awards consist of 12 categories including three People’s Choice awards which have been voted for by Beer & Brewer readers. We’ve recognised players from all facets of the brewing community, including one brewing legend with a career spanning almost 50 years. Can you guess who that is?

Summer is upon us, and as the heat turns up there is nothing better than a cold refreshing lager. And with more and more brewers experimenting with the notoriously time-consuming style to craft, there has never been a better time to crack on open. So for the summer issue of Beer & Brewer we’ve explored the category and highlighted five lagers to try this season.

Speaking of barbecues, cricketing legend Merv Hughes has put pen to paper with some of his favourite recipes in his new book, BBQ Beer & B.S.: Food to Bowl You Over, and we’ve got three of his delicious recipes for you to try at home.

In this issue we’ve also explored the rise (and rise) of the humble tinnie. With temperatures soaring, it’s the perfect season for a tinnie and a barbecue at the beach, so in this issue Jeremy Sambrooks takes a look at the evolution of canned beer and has even put together a list of eight local tinned brews to quench your thirst this summer.

Meanwhile, on the home brewing front, our Homebrewer Technical Editor Jake Brandish had the opportunity to sit down with the Pope of brewing, Professor Charlie Bamforth. We also have 10 great homebrew recipes for you to try, including No Rulz’s take on a Cascadian Lager.