This is not a drill. Today Goose Island is leading people on a Wild Goose Chase to launch its Goose Island IPA in Australia – the prize, free beer. 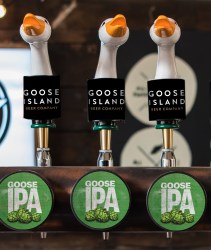 Punters who find the hidden tokens will win a $100 bar tab and two tickets to exclusive Goose Island Flock Parties, happening in secret locations in Sydney and Melbourne during July. Punters are encouraged to ask bartenders about the hidden tokens.

Goose Island launched in Australia in April with its 4.1% Midway Session IPA. To launch, the Chicago brewery put on a ‘Hoppy Hour’ at select venues and gave away free beer until the kegs ran dry.

Already making a mark in Australia, Goose IPA picked up a medal at the Australian International Beer Awards (AIBA), along with Goose Midway IPA, and Sofie (a Belgian style Farmhouse Ale).

Locally brewed in Tasmania by CUB, Goose IPA is 5.9% and has taken the traditional English style and created its own fuller flavoured IPA. The result is a classic citrus aroma, satisfying bitterness and spicy finish, and a fresh-baked bread sweetness and balance. 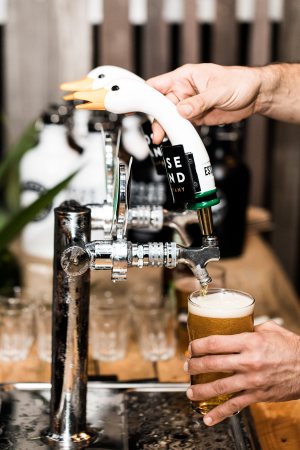 Bill Savage, Lead Brewer, said: “While in Australia a couple of weeks ago, I was lucky enough to hang out with hundreds of beer lovers during Good Beer Week and GABs and it’s clear that Aussies aren’t afraid of that bold hoppy flavour the IPA is famous for. We also caught up with several local brewers and have loved making friends with the local craft beer scene. The IPA is a beer that we continue to be immensely proud of.”

The Midway IPA, which launched in April, is now available on-premise across the country. It will become available in bottles in late July.

The flagship Goose IPA is currently available in select venues in Melbourne and Sydney, and will be available more broadly in the coming weeks. It is available both on tap and in bottles.

The Wild Goose Chase will be held in the following bars: