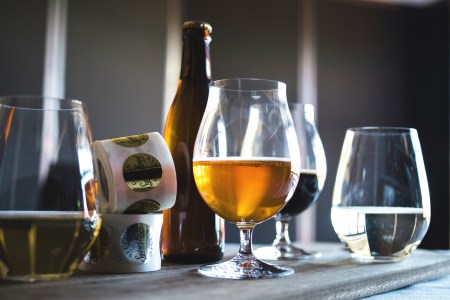 Entries to the 2017 Sydney Royal Beer & Cider Show are now open and will remain open until Tuesday 11 July, 5pm.

This year’s show will have a particular focus on innovation with a new ‘specialty/innovation’ class being introduced.

Neal Cameron, the Chair of Judges, told Beer & Brewer that what sets the Sydney Royal Show apart is that the judges are not “style Nazis”.

“We’re doing a specialty/innovation class, which is very cognisant of the fact that beer nowadays doesn’t always adhere to styles.

“And that’s probably why the Royal Sydney is a bit different, because some competitions can be a bit ‘style Nazi’ if the colour is a little bit different or the alcohol is a bit high they tend to mark it down. Whereas we take style guidelines as exactly that, guidelines, they’re not rules.”

So this year the Sydney Royal Beer & Cider Show is inviting brewers to enter their “crazy stuff” into the new innovation category.

“It just means anything goes and we’ll judge it purely on its merit,” Cameron told Beer & Brewer.

“That’s something that we are very passionate about. We obviously need to know what the beer is to be able to judge it, but we are a lot more relaxed about it. And that’s what beer is about nowadays, it’s about innovation and pushing the boundaries, and that has to be celebrated.”

This year’s judging will be held on 19 September, and the Awards Night is on 22 September.

“We work really hard on getting the very best judges and as a result, I think the judging is some of the best of any competition in the country,” said Cameron.

To enter, head to the Royal Agricultural Society of NSW website, which can be found here.