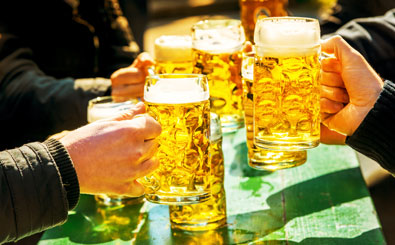 German brewer Radeberger has used the Kebari barley, which was developed in Australia, to create the first gluten-free beer brewed under the German beer purity law Reinheitsgebot.

The Kebari grain was developed through the Coeliac Friendly Cereals project, co-funded by the CSIRO and The Grains Research and Development Corporation (GRDC). The grain is developed using conventional plant breeding methods and has 10,000 times less hordeins (the type of gluten found in barley) than regular barley.

Radebarger has used Kebari to create the Pionier beer, which is launched this month and the CSIRO has said: “Pionier beer will hopefully be the first of many new Kebari barley products suitable for people with coeliac disease and people who avoid gluten in their diets.”

This year marks the 500th anniversary of Germany’s Reinheitsgebot, which only allows water, barley, yeast and hops to be used in the making of beer.

At present Pionier is only available in Germany but there are hopes that other brewers around the world will soon be working with Kebari to create low-gluten beer.