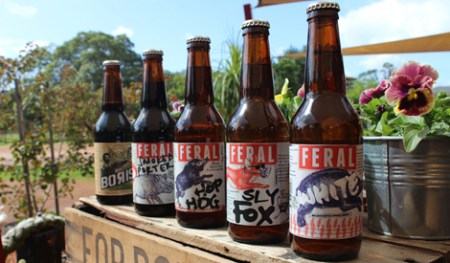 As the dust settles on the Independent Brewers Association’s (IBA) Annual General Meeting, which saw the membership of 4Pines and Feral Brewing Co cancelled, Feral is still hopeful it can remain as a member.

The IBA said that it had invited both breweries to attend the AGM or submit written evidence outlining why they should remain members. IBA Executive Officer, Chris McNamara told Beer & Brewer that “both of them chose not to do that,” which meant they would leave the association, as detailed in its constitution.

However, Founder Brendan Varis, has since told Beer & Brewer that he is still hopeful the brewery will qualify as a member.

“The first thing is, all these action are premature because the transaction hasn’t actually taken place yet and I am still the sole shareholder, so I certainly shouldn’t be excluded on any basis at this stage.

“Then I’ve written to them to highlight that the area where they thought we failed, which the group’s aggregate beer volume was being too high, is not the case. Even with Australian Beer Co, Fiji and ourselves we’ve demonstrated that we are below 40 million litres per annum.

“And we have indicated having demonstrated that, that our preference would be to continue as members until such time as we do break that limit, and we are not far from it, as a group.

“But we’ve also indicated that we understand it may be a politically sensitive situation for the board and the broader membership, and if their preference was that we withdrew, then we would be adults and we would respect those wishes.”

Varis did say that he felt at this stage that there were two camps regarding Feral’s IBA membership, saying that some of members understand that Feral does bring some expertise, knowledge and abilities that very small businesses may not have access to and which, he said, Feral has demonstrated its willingness to share with IBA members in the past.

He added that there are also those who now simply see them as part of a big company and so they don’t fit, but Varis told TheShout, “I don’t think there is a consensus either way”.

Varis said that having demonstrated that they meet the volume requirement and telling the IBA that they would still like to be members, Feral has left the final decision with the IBA.

Although McNamara did indicate that as a result of the AGM, the constitution means that Feral would have to re-apply to become members, Varis said that was not a concern, labelling it an “administrative matter” adding that he is happy to re-apply and that “we are keen to be members of the IBA if they indicate that they are happy for us to continue to be.”

Beer & Brewer has reached out to the Independent Brewers Association and will be receiving an update on Feral’s membership status this week.