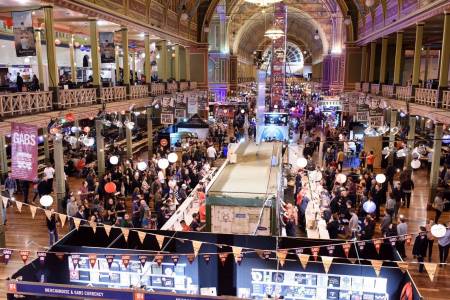 GABS 2017 kicks off tomorrow (19 May) in Melbourne and GABS co-founder Steve Jeffares has told Beer & Brewer that it promises to be more spectacular than ever.

“Every year, sometimes even before GABS is finished, we start to dream about what we can improve to make the event more spectacular than ever before,” Jeffares told Beer & Brewer.

This year the giant Yenda Wheel of Beer will be in both Melbourne and Sydney towering 18m above the festival hall, offering incredible views over GABS and inside the dome, with all ticket proceeds donated the Motor Neurone Disease, Brewmanity’s charity.

Another addition to GABS 2017 is a third kegtainer bar, the distinctive 40ft shipping containers which are converted into bars, which has allowed GABS to put on more Festival Beers and Ciders than ever before (expect up to 180)! 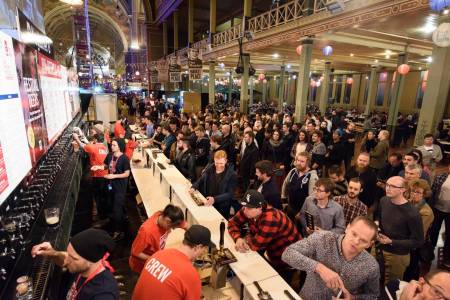 “The third kegtainer bar is hopefully going to relieve some of the early queuing that can happen in the first couple of hours, as well as giving more brewers the opportunity to brew something especially for GABS,” said Jeffares.

From an entertainment point of view, that is something that has been ramped up this year, and Jeffares says is going to be a big part of the future of GABS.

Roaming entertainment has become a trademark of GABS and this year there will have two roving bands, including the Ale Capones who have affectionately become the house band of the festival; along with acrobats and various other roaming performers.

“The main element of our Little Creatures Live entertainment program this year is that we’ve built a massive stage atop one of the shipping containers and that’s going to have, in each session, about four high-impact, short performances, which are going to be playing through most of the festival hall,” Jeffares told Beer & Brewer. 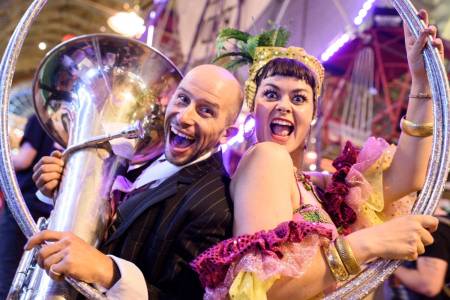 In Melbourne, there will be about 10 can-can dancers doing the Moulin Rouge can-can, followed by a dozen drummers doing a drum battle, and then a whole bunch of swing dancers. But the show-stopper will be the final act where the roaming band will move on top of the stage for a final performance to close the event.

“It struck me that GABS has never really ended on a climax. It has been strong and people have walked away happy, but I really wanted this year for GABS to end with a climax.

“So, by building that stage and by having that favourite house band getting on top and doing a bit of a party set for everybody is something that we’re very excited about.”

As for education, there are some fantastic seminars lined up including the Local Taphouse Craft College; and the Artisan Food and Drink Experience (which will also be heading to Auckland this year for the first time).

“We’ve got some fantastic guests that are in town for GABS and Good Beer Week and obviously the AIBA’s. So, Ken Grossman, the Founder of Sierra Nevada, is going to sit down with Pete Mitcham and basically have a one on one conversation at the Local Taphouse Craft College.

“We’ve also got a number of brewers from across America that are in town as well, so there’s going to be a few sessions featuring some of the American brewers talking about the trends in America and giving us a sense, for those who don’t have their fingers on the pulse, a sense of what the future may hold for craft beer and independent beer in Australia in the coming years, so that is something that is unique to Melbourne.

“As well as the Local Taphouse Craft College, we also have coming back the Artisan Food and Drink Experience, and that is hosted by Kirrily Waldhorn and features a few chefs and foodie types cooking with beer and preparing dishes that are paired with beer, cheese, and other fun food related beer and cider experiences.” 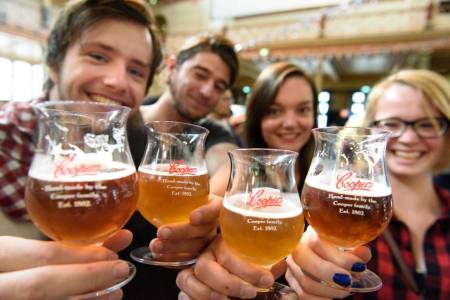 While there has been some conjecture above the change in venue for the Sydney show, Jeffares explained that the move was more or less forced upon them.

“The venue that we held for the first two years was no longer available to us, and the only site in Sydney that was big enough for us was the Dome at the Showground.

“But ticket sales are strong in Sydney, pretty much a little over where we were at the same time last year, but we are very confident that the spectacle in Sydney is going to be the best it’s ever been, mainly because we’ve got two sessions happening on the one day, which means that they will be the biggest sessions in terms of people that we’ve ever had in Sydney, so I think that is going to make for a great vibe.”

And there’s good news for the rest of Australia as well: Jeffares even hinted that they might be looking to take GABS further than Melbourne and Sydney in the future.

“We plan to take GABS around Australia and even overseas, and we like the idea of a one day big event – imagine if we went somewhere and had 7000-8000 people instead of 4000-5000 – if we did that in one day, I think that would make a really impressive spectacle.”