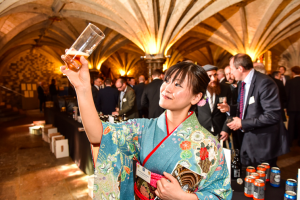 Entries have opened for the International Brewing and Cider Awards.

Held every two years, both awards are open to breweries and cider makers from around the globe and entries are uniquely peer reviewed by a carefully selected panel of commercially practising brewers and cider makers. Recognising the best beers and ciders in the industry, over 100 medals and trophies are awarded to winners from over 50 countries.

This year sees the inclusion of new classes in The International Cider Awards, including barrel influenced cider, believed to be the only international awards to do so.

“Presiding over one of the world’s most prestigious and longest running international beer and cider awards is a great privilege,” says Ruth Evans, MBE, director of Brewing Technology Services. “We pride ourselves on the high standards and integrity of the judging. We will shortly be announcing an impressive line-up of judges for both awards, which will once again be headed up by industry stalwart, Bill Taylor, formerly of Lion.“

“These awards continue to evolve with industry changes and it is my role to ensure the tradition of high professional standards continues,” adds Bill Taylor, chairman of judging. “My advice to the judging panel is always to ‘only award those entries on which they would be prepared to stake their future success’. We are now looking forward to announcing the judging line-up in the coming weeks.”

Both award entries close on 1 February 2019, with medal winners announced on 8 March 2019.