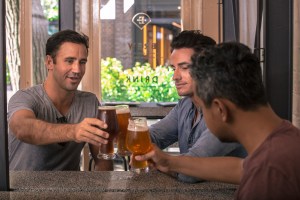 Endeavour Brewing Co has launched an equity crowdfunding campaign as it seeks to expand production.

Endeavour is hoping to raise $2.3m from the crowd. This money will be used to fund aggressive expansion plans and move away from outsourcing the bulk of their beer production, by building their own world-class production brewery and wholesale manufacturing facility. Also planned is the opening of more Endeavour Brew Bars and investigating export opportunities to South East Asia and beyond.

Asked about the specifics of the new brewery, Ben Kooyman, Endeavour’s founder and CEO, said: “This is all dependent on how much we raise: we’ve planned a design that could comfortably cover our future plans and that can be easily expanded with additional fermenters and economical upgrades.

“Our current plans involve both [brewing more beer and brewing more styles] but will ultimately depend on the dynamics of the industry and consumer demand. Needless to say we’ll be actively pursuing both and ready to react.

“We hand-picked Equitise to do an equity crowdfunding campaign, not just because they’re the best platform in Australia, but we both share the same ethos to allow the “crowd” of everyday punters that want to be a part of an Aussie success story to invest and become part of a movement.”

Speaking about the Rocks venue, Kooyman said: “Hopefully it will continue to kick goals and be a mainstay in the Sydney scene. We’ve got over nine years left on the lease and some ideas on keeping to fresh and delivering memorable experiences to our patrons.”

According to Kooyman, investors will “get full ordinary shares like me, with the sales rights and benefits. However, depending on the level of their investment will qualify them to join the ‘Endeavour Brew Crew’ shareholders club that rewards them with discounts, merchandise, first access to new release and investor-only brews”.

Endeavour is the first brewery to launch the campaign on equity crowdfunding platform Equitise, and the venue growth would also be an unusual step within Australia’s craft brewing scene. Does Kooyman think that crowdfunding is a model other breweries could use?

“Yes definitely, and we’ve seen others talk about their plans to use crowd equity funding soon! Internationally it’s been very successful so there’s no reason why others can enjoy success here too.

Speaking of the opening of new venues, Kooyman says: “There’s lot of opportunity out there to grow within the industry and ultimately if drinkers are seeking different brews there’s a few ways us brewers can grow”.

“We’re stoked to have Australia’s first brew raise on the Equitise platform, it’s great to see thriving small businesses turn to everyday Aussies to invest and become part of the business early on, standing to profit if the business continues to thrive,” adds Chris Gilbert, founder and managing director of Equitise. “It lets people invest in what they love and be privy to exclusive perks and experiences, this is what Equity Crowdfunding is all about. And what’s more Australian than owning part of a brewery?”