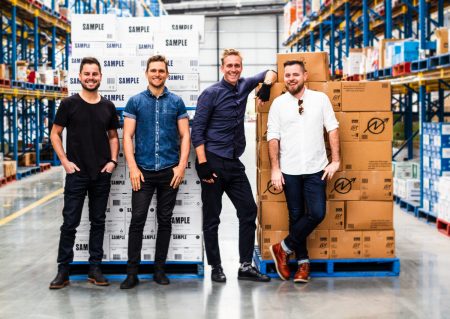 East 9th Brewing has acquired fellow independent brewing company Sample Brew for an undisclosed figure after the company was handed over to administrators in mid-May.

In 2017, Sample announced plans to become Australia’s first beer company to raise funds with ‘crowd equity’. These plans were pulled due to reported outside investor interest, which ultimately fell through and led to the eventual voluntary administration of the company.

Sample Brew was founded in 2014 and is known for its core range of premium brews including Sample Pale Ale, Sample Gold Ale, Sample Lager, and the acclaimed Sample ¾ IPA.

East 9th Brewing was founded in 2010 and is home to one of Australia’s biggest selling alcoholic ginger beers, Lick Pier, as well as the Doss Blockos Pale Lager.

“It’s not an easy thing to create a sustainable beer business in Australia,” says Josh Lefers of East 9th Brewing. “Just because the category is experiencing great growth, doesn’t mean it directly correlates to an easy ride and great profitability for the companies that operate within that space.”

East 9th Brewing will be taking over the Sample portfolio immediately, along with re-employing a number of the Sample sales team who were made redundant in the collapse.

“The Sample brand was always one that we admired from afar…the previous team have done an amazing job building the brand over the last five years and we plan to continue to build on that”, adds East 9th Brewing ‘s Benjamin Cairns.

According to the team at East 9th Brewing, the acquisition is the first of many planned moves the company will undertake in the near future.

“East 9th Brewing has plans for a collection of hero partner venues to call home as well as an appetite for further acquisitions,” says the brand’s third co-owner Stephen Wools.

“In line with our vision to have Australia’s largest independent cross-category portfolio, we have an exciting NPD pipeline that extends on our current range of beer and near-beer products and will include some new huge growth areas such as craft wine.”