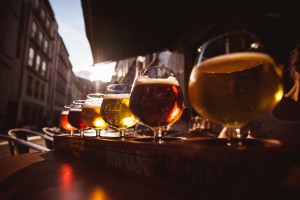 The Independent Brewery Association (IBA) will be hosting BrewCon 2019 will at the Melbourne Convention Exhibition Centre on from 4-5 September.

BrewCon is expected to maintain double-digit growth in attendees, with industry specialists from Australia and around the globe coming together to pool knowledge that will help independent brewers reach their full potential. Details of BrewCon registrations will be announced in March.

As ever, BrewCon will culminate with The Indies Awards Ceremony, a celebration of excellence in the independent brewing sector. Last year saw a record 747 beers entered into the rebranded competition and the IBA is hoping to see more entries this year.

In addition to the conference and the awards, there will also be the Trade Expo. 2018’s Sydney Trade Expo saw a 33 per cent increase in exhibitors from the year prior, the 2019 Expo promises to be bigger than ever.

The IBA is releasing its BrewCon trade and sponsorship prospectus on 8 March 2019.