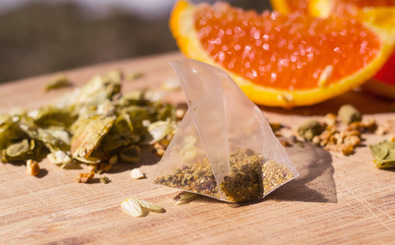 US based startup-company Hop Theory has created a range of teabag-like sachets, which can infuse any beer with specialty flavours.

Bobby Gattuso founded Hop Theory in 2013 after being inspired by craft beer brewing when he was a Biology student. The company started as a Kickstarter campaign with the goal of reaching US$25,000, which it achieved in April.

Gattuso’s aim to bring craft beer brewing to the bar and home will soon reach fruition with the product about to roll out.

Each blend contains a combination of hops, fruit peel and natural flavours that enable beer drinkers to customise their beverage in minutes.

The first blend called Relativity is an infusion of cascade hops, orange peel and coriander seeds. There are currently plans for further sachets including pumpkin, peach, raspberry and double IPA.

The technique works by adding the sachet to the beer and letting it brew for two to four minutes. The sachets are made with soilon woven mesh filter that are derived from cornstarch. They can be used up to four times and are 100 per cent biodegradable.

For a closer look, check out the video below.