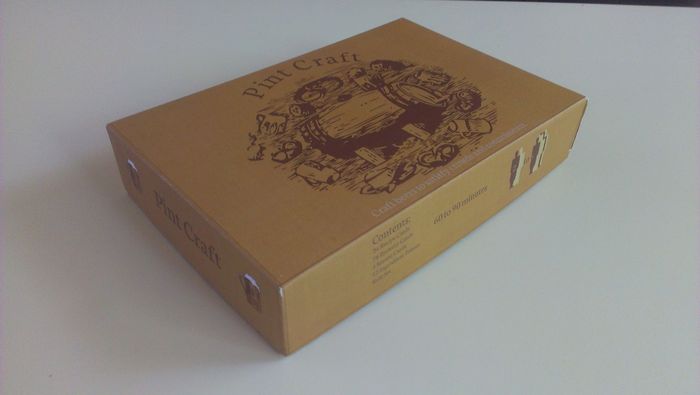 Like most great ideas, Pint Craft popped into creator Nick Helmholdt’s head at an inopportune moment – in this case driving home post New Year celebrations – but unlike most people, he decided to do something about it.

The idea? That there should be a board game about beer.

He shared his thoughts with a friend, Eric Frederick, who also brews and within 30 days the pair had a working prototype of Pint Craft.

The premise of the board game sets players us as microbrewers who must collect resources and match the ingredients collected to recipe cards. Each recipe card has a number of pints on it, and the first player to a pre-determined number of pints wins – check the website for a full demo and explanation video.

In order to fund their dream, Helmholdt turned to the crowdfunding platform Kickstarter with a goal of raising US$12,000 to print a first edition of 500 games. That was quickly surpassed with the help of 446 Kickstarter backers who donated $14,357 to get the idea off the ground.

Now, Helmholdt is also looking to create an app version for use on mobile devices.

The physical game will only be on offer in the US to start but the app will make the concept available worldwide.