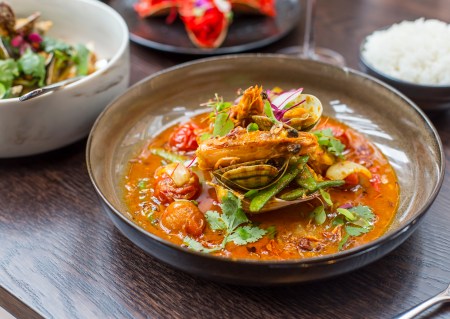 Mekong on Kensington Street in Sydney’s Chippendale will kick off a monthly ‘Craft Beer and Curry’ series in July, combining craft beers from some of Sydney’s leading breweries with tantalising Indochine curries.

Each event will showcase a selection of curries from one of the countries that border the Mekong River, providing attendees with the easiest way of cruising down the Mekong with a quality beer in hand short of a plane ticket.

Chef Tiw Rakarin has curated a five course, shared menu that complements the handpicked, limited edition beers from each brewery. Each dinner will feature three curries with a brewer on hand to chat through the selected beers that have been matched to each dish.

In August, Thai curries will line up alongside brews from Young Henrys; September is all about Burmese curries and 4 Pines, and October’s event will see Vietnamese curries paired with Batch Brewing.

Daria Grove, Marketing and Communications Manager for Kensington Street, told Beer & Brewer that it’s not just a case of the breweries dropping off their core beers for the chef to work with.

“We’ve been to all the breweries, we’ve done brewery tours and we’ve spent heaps of time with Young Henrys, Akasha, 4 Pines – this is a relationship that we’re going to continue on with, it’s not just a quick jump in, jump out.

“The beers are all locally sourced, we’re building relationships with the local brewers and we’re making sure that we’re bringing something new to the table.

“Tiw does some exceptional food at Mekong and he’s going to be focusing on each curry and making sure that it fits well with the beer.”

As the series will no doubt prove, there’s more food and curry pairing than an Indian curry and an IPA – there are a number of styles that can complement the rich, fiery zing of a fragrant curry.

Tickets are $95 per person and are available via the Mekong website.