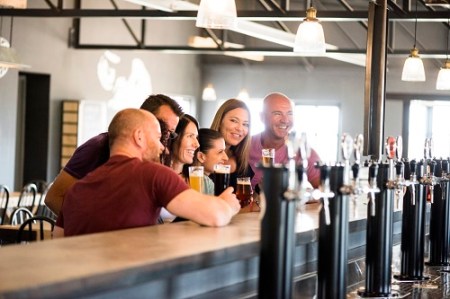 Sydney’s Inner West Council has unveiled new plans to amend its planning controls and reduce red tape to make it easier for more microbreweries to open, operate and grow in the area.

The policy proposes a raft of changes to kick-start the burgeoning industry, which will increase the allowable floor space for tasting on site and redefine the notion of ‘ancillary use’ for tasting rooms.

Mayor, Darcy Byrne, said the Inner West could become the craft brewing capital of Australia if the Council set new, modern rules to allow the sector to succeed.

“Over the last few years, craft brewing has exploded in the Inner West, with more than a dozen microbreweries currently in operation and many more in the planning stage,” Byrne said.

“I want the Inner West to be for craft beer what the Hunter Valley is for Australian wine.

“Until now, this growth has been entirely organic, driven purely by Inner West locals’ love of craft beer, but there is a real danger that outdated regulations could kill the industry off.

“Red tape is inhibiting further growth in the craft brewing industry, with new brewers struggling to get applications processed and licensing restrictions causing headaches for owners once a brewery is open.

The plan, which has been endorsed by Inner West Councillors, will also look to establish an annual Inner West Craft Beer Festival and the development of ‘brewery trails’ as a tourist attraction in the area.

Earlier in this year, five Inner West breweries launched the Inner West Brewery Association (IWBA), in a bid to cement Inner West Sydney as the beer capital of Australia.

IWBA President, Peter Philip of Wayward Brewing Co said: “The Inner West is home to the highest density of microbreweries in the whole of Australia – the industry is an amazing asset to the area and we are already seeing significant brewery tourism in the Inner West from within the state, interstate and overseas.

“The flow-on economic benefits to the Inner West of the micro-brewery industry are considerable, with over 200 locals directly employed by microbreweries in the area.

“Then you have all the people who are secondarily employed in the industry – the musicians, the bookkeepers, the graphic designers, the printers, the chefs.

“The breweries have become a hub for the local community – they are community and family orientated and there have been few, if any, instances of anti-social behaviour.

While the microbrewery industry has grown from strength to strength, Peter Philip believes the industry would benefit from harmonisation of the planning regulations to ensure consistency and provide assurance to owners.

“There is no definition of a ‘microbrewery’ under current planning regulations which means that often we aren’t entirely sure what we are and are not allowed to do,” said Phillip.

“These changes will help local brewers continue to invest and grow local employment.”