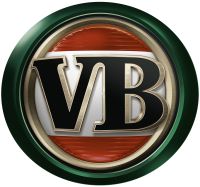 VB, has launched the 2011 Raise A Glass Appeal. Now in its third year, the Appeal calls on all Aussies to Raise A Glass on Anzac Day in support of our serving and ex-service men and women of the Australian Defence Force (ADF) and their families.

Paul Donaldson, Marketing Director CUB , says: “Corporal Donaldson has a great story to tell. The son of a veteran, his family were beneficiaries of Legacy, so he understands firsthand the support they can offer and the value of the Raise A Glass Appeal.

We believe that by telling his story through the commercials he will help the Appeal connect and engage with a younger generation of Australians, raising funds for other families in need of the support of both the RSL and Legacy.”

Many pubs, clubs and liquor stores around Australia have also shown their support for the Appeal. Throughout the campaign VB will be installing donation boxes in support of the Raise A Glass Appeal at hundreds of venues around Australia.

David Nobay, Creative Chairman of Droga5 said, “VB is a brand with a long partnership and history with the ADF, and the Raise A Glass Appeal is a fitting way to recognise the ultimate sacrifice any Australian can make. At Droga5, we create a lot of work for CUB, but this campaign is a very special part of our year and one we couldn’t be prouder to be associated with.”

The third year of the VB Raise A Glass Appeal was launched nationally at ANZAC House with key representatives from the RSL and Legacy and special guest General Peter Cosgrove.

The VB Raise A Glass Appeal will raise vital funds for the RSL and Legacy to support servicemen and women and their families, past and present. To date, the campaign has raised in excess of $2.4 million for the RSL and Legacy, with one hundred per cent of the money generated by the Raise A Glass Appeal evenly divided between the two organisations. In keeping with the last two years, VB will kick start the fundraising by contributing $1 million to the Appeal.

For further information about the Raise A Glass Appeal please visit www.raiseaglass.com.au