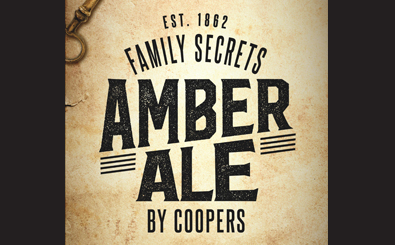 Coopers Brewery is releasing a new amber ale, which will only be available on-tap in selected hotels across Australia from mid-October.

Family Secrets Amber Ale is the second limited edition seasonal beer Coopers has released this year, following the release of Brew A IPA in April.

“For the past 154 years, Coopers has specialised in brewing unique secondary fermented ales,” he said.

“Amber ale, along with pale ale and IPA, is one of the major beer styles produced today by craft brewers around the world.

“With interest in amber ale growing in Australia, the Cooper family decided to share its unique expression of this in-demand beer.”

Pearce said the ‘family secret’ to the new beer lay in the carefully cultivated strain of Coopers’ yeast that had been kept under lock and key for generations.

Coopers managing director and chief brewer, Dr Tim Cooper, said Family Secrets Amber Ale was distinguished by a rich, malt character arising from the selection of caramalt, crystal and roasted malts used in the grist. This produced a beer with a rich ruby hue and a crisp refreshing taste.

Centennial and Galaxy hops augment the fragrant and floral aromas of esters arising from the ale fermentation. At 5.2 per cent alcohol and 35 IBUs, Family Secrets Amber Ale comfortably fits within the amber ale specifications.