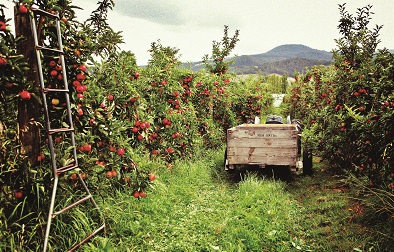 While the association was hopeful of implementing a standalone cider production standard to help give Australian cider a true identity in export markets, President Sam Reid told TheShout that the Government has told him that will not happen as part of the export package’s funding.

“But I met with some Government guys and they have pretty much shut me down on the integrity piece. They told me there is no way this export program can support or fund anything to do with integrity, it needs to be all focused on export and tourism.

“But my counter-argument is why export if we haven’t got integrity in the first place. Won’t that just lead to longer term issues if we haven’t got our ducks in a row? Given that the Australian brand proposition is good food security, good legislation and good framework so you can trust what you are getting.”

But despite that disappointment Reid said that Cider Australia’s AGM, which was held on Monday, did see the association put some focus on cider as part of the export program.

“We are still working through it, but the first thing we need to do is to develop a Go To Market Strategy and that is doing some analysis overseas, understanding which markets present some of the better opportunities for us,” Reid told TheShout.

“We also need to work on a brand proposition for Australian cider so that we are presenting a unified front overseas and we can put our best foot forward and promote the attributes that people most want to engage with.

“Then once we’ve got the analysis and brand proposition put together we can really develop that Go To Market strategy.

“So that‘s the first thing, there is currently around $16m of cider exported, so it’s a very small market and is certainly a tiny part of the whole Australian export market.

“The second part is to get some export capability built, which will help cider producers to learn all the ins and outs of exporting. So instead of every producer having to work it out themselves we can have a central repository of ‘this is how you do it’.

“And then finally we need to do a comprehensive rollout of that Go To Market strategy and capability with a series of workshops, Town Halls and one-on-one mentoring. That’s the three stages that we are looking at.”

In terms of funding levels Reid acknowledged that the cider market is still small and so the association is not be looking at huge amounts, but there is still an opportunity for some rapid growth coming off that small base.

“There are around five members of Cider Australia exporting already and we think there are an additional 15 or so that are capable and getting to the point where they are export ready. So we could double or triple Australian cider exports in a very short space of time. So we are saying that around one per cent of that overall fund is probably what we will need,” Reid said.

“One per cent is a pretty modest number and we are in such an embryonic stage that we don’t think that we need huge amounts to make a big difference.”

As part of its strategy for improving exports Reid said he believes it is important for Australia’s cider producers to work together and organising that collaborative approach will form part of the overall strategy.

“Individually our members probably won’t make much of a splash, but going together we are going to have much more chance of getting our voice heard, getting some traction and making some real noise.”

So now Cider Australia will be developing its submissions for the Wine Industry taskforce, which is looking at the different aspects of the funding under the Government’s support package.

The 2017 Cider Australia Executive Committee is: