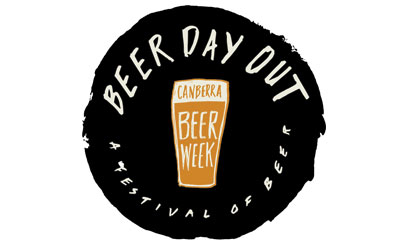 Canberra Beer Week kicks off today (5 Nov), with more venues and breweries getting involved than ever before.

Now in its third year, Canberra Beer Week is offering something for everyone, starting with three official headquarters across the city, making sure you’re never far from the action. BentSpoke Brewing Company is the central HQ in Braddon, while the George Harcourt Inn is the hub for Canberra’s north and the Durham Castle Arms will rule the south.

BentSpoke is releasing a different beer for each day of the week along with daily tours and guided tastings. The Durham kicks off celebrations tonight with a ‘beer fight club’ between NSW’s Young Henrys and WA’s Feral Brewing Company. The George Harcourt is giving into a British invasion with 14 taps devoted to Australian and imported British-style ales.

The week will step up a notch on Friday with the Beer Day Out, which has grown so quickly it’s expanded to a two-day extravaganza. More than 30 breweries will be pouring 150 beers and ciders alongside live entertainment, beer masterclasses with the Beer Diva, Kirrily Waldhorn, and a fantastic array of food.

Throughout the rest of the week, several venues will give over their taps to some of Australia and New Zealand’s most exciting craft breweries and some of the city’s best restaurants are hosting beer and food matching dinners. Highlights include a special lunch at the Pot Belly Bar in Belconnen with legendary Belgian sour brewery Rodenbach and La Sirène from Victoria, and a beer degustation with Pirate Life Brewing at Pulp Kitchen.

As well as BentSpoke unveiling a new beer every day, Canberra beer company Pact is set to launch its latest offering at the Old Canberra Inn on Thursday and Mountain Goat will release its latest in-breed at The Dock on Kingston Foreshore.