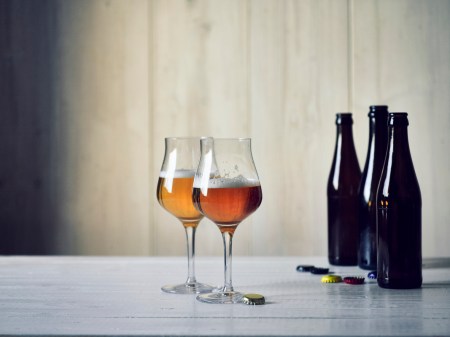 A survey to better understand home brewing practices in Australia has been launched by craft beer retailer Beer Cartel.

The aim of the 2017 Australian Home Brew Survey is to produce the “most comprehensive, publicly available research study that investigates home brewing trends within Australia”.

Director of Beer Cartel, Richard Kelsey, told Beer & Brewer that the survey would reveal previously “unknown” data about the size and behaviours of the home brewing community in Australia.

“Apparently there was a research company that had done some stuff around this area ages ago, but they were charging $4000 a report to stores – and if you’re a homebrew store you’re not going to have lots of money to spend on something like that, so it was just crazy,” Kelsey explained.

Before opening Beer Cartel, both Kelsey and business partner Geoff Huens worked in market research; this shared background, and a desire to “give back to the craft beer industry” led to the creation of Beer Cartel’s inaugural Australian Craft Beer Survey, the results of which were released in August last year.

“Thinking about that, we thought about other opportunities or things to do – I mean home brewing is the foundation from which the craft beer industry was created – we thought ‘why don’t we do the same thing for home brewing?’”

While the Craft Beer Survey revealed some surprises, Kelsey said he’s much more of an expert on craft beer than home brewing, and that the results of this survey will be more of a “wait and see”.

“For me coming from that research background, it’s when you get the chance to look at the data and see what’s in it, you get the ‘revelations’, if you like.”

With nearly 8,000 responses to last year’s survey, Kelsey said they’re aiming for around 2-3,000 for the Home Brew study, and that more is always better in order to provide in-depth and accurate results – benefiting the whole industry.

“If the industry get on board and support it and help promote it, it helps them as well because it’s essentially going to get all the information from their customers,” he said.

The results of the new survey will be made available to the public, while businesses that operate within the industry are eligible to receive a free copy of the results specific to their own customer base.

Kelsey also mentioned that after the success and “positive feedback” of the inaugural Craft Beer Survey, a follow-up 2017 survey is in the works, and will be launched at a similar time to last year (June or July).

To encourage participation, Beer Cartel is also offering one homebrewer the chance to win $500 to spend at their favourite homebrew store.

In addition, one person in each state will get the opportunity to be a brewer for a day at a local brewery; participating breweries include Newstead Brewing in Queensland, Akasha in NSW, Mountain Goat in Victoria and Big Shed Brewing in South Australia (TAS and WA breweries TBA).