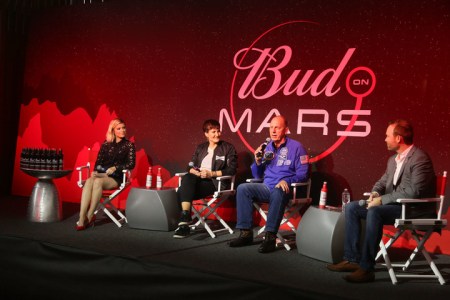 Budweiser has announced a long-term ambition to be the first beer on Mars.

Budweiser made their bold announcement at the South by Southwest Interactive Festival in Austin, Texas, in a panel hosted by actress Kate Mara – who joined Anheuser-Busch’s vice president of Innovation Valerie Toothman and retired astronaut Clay Anderson.

The panel covered the current challenges and solutions needed to take Budweiser on an interplanetary journey, along with discussing the initial experiments and research Budweiser hopes to explore.

According to Budweiser, the company is “known for raising a cold one to the American Dream and those who work hard for it”, and want “to be part of this monumental journey in reaching the next frontier.”

“With this bold, new dream Budweiser is celebrating the entrepreneurial spirit in which our iconic brand was founded upon,” said Ricardo Marques, vice president of Budweiser.

“Through our relentless focus on quality and innovation, Budweiser can today be enjoyed in every corner of the world, but we now believe it is time for the King of Beers to set its sights on its next destination.

“When the dream of colonizing Mars becomes a reality, Budweiser will be there to toast the next great step for mankind.”

Though specific details of the otherworldly plan have not yet been revealed, the challenges of bringing a beer to Mars – such as a loss of taste, lack of atmospheric pressure, and extreme weather conditions – were noted by Budweiser in their presentation (see below).

Budweiser’s audacious plan recalls another recent extraterrestrial brewing announcement: a group of undergraduate university students in the US planning to brew on the moon.

It seems that even the hugely challenging conditions of space are no match for mankind’s unquenchable thirst for a cold and frothy beer. 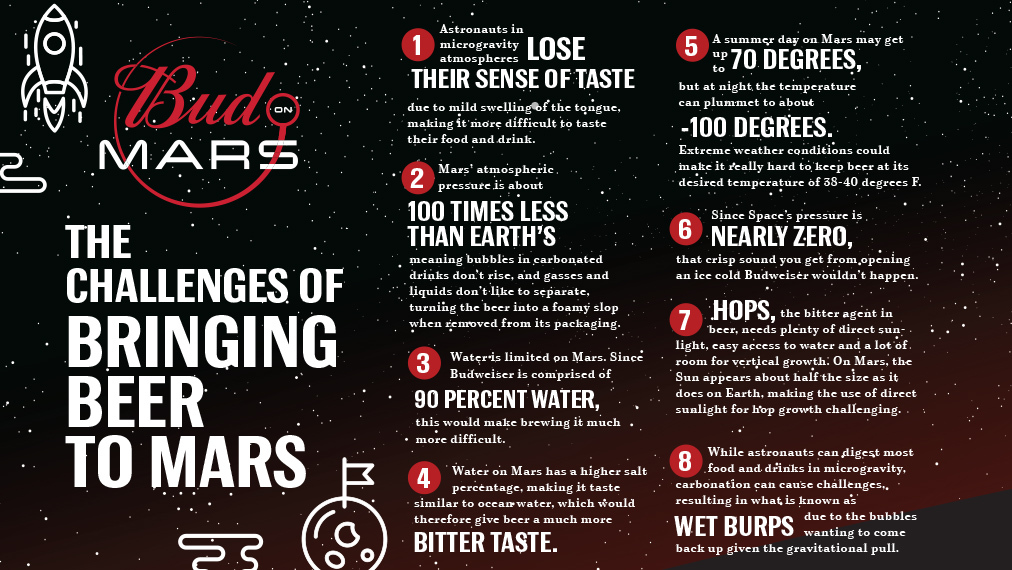