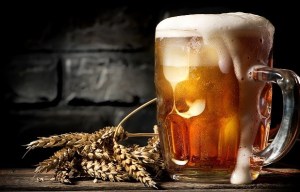 New research has revealed the importance of Australian beer to the national economy.

Economic analysis from ACIL Allen Consulting for the Brewers Association of Australia has shown that 95% of all beer sold in Australia is brewed in Australia. Its production supports over 143,000 Australian jobs – more than 105,000 of which are full-time equivalent – and generates $16.9bn a year in economic activity, accounting for 1.02% of GDP.

The geographical split shows that the industry is important across the entire country. Brewing in New South Wales supports the most full-time jobs (30,735), while brewing in Queensland provides the most economic activity (c. $4.9bn).

“Instinctively, Australians know beer is a part of our national lifeblood,” comments Brett Heffernan, Brewers Association CEO. “It’s a major ingredient in what brings families, friends, colleagues and entire communities together. But it is also a vital lubricant for our economy at national, state and local levels.

“For every direct full-time equivalent job making beer in an Australian brewery (3,954), a further 26.6 jobs are created elsewhere in the economy. Every Australian schooner of beer sold in pubs and other licensed premises contributes $6.24 to GDP, while its off-license equivalent in packaged liquor store beer sales contributes $2.73 to GDP.

“The complete 2015-16 data on beer and taxes is also compelling. Australian beer drinkers poured almost $3.8bn into government coffers – that’s $2bn in excise and $1.78bn in GST. Australian government tax is the single biggest ingredient in the cost of a beer.

“Over 9.1m Aussies celebrate with a beer. Who knew that Aussie beer is, itself, worth celebrating? It’s a huge supplier of local jobs. It’s a major economic driver and revenue raiser for government. It’s also the spice of life, so enjoy in moderation, secure in the knowledge you’re doing your country a favour.”