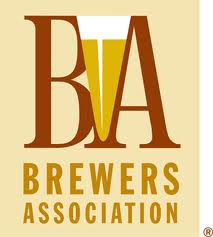 The Brewers Association (BA) recently released its2011 Beer Style Guidelines. Updated annually, the guidelines currently describe 140 styles of beer and are used in prestigious beer competitions, like the Great American Beer Festival® and the World Beer Cup®. For 2011, several beer style descriptions have been significantly updated:

Since 1979 the BA has provided beer style descriptions as a reference for brewers and beer competition organizers. The beer style guidelines developed by the BA use sources from the commercial brewing industry, beer analyses, and consultations with beer industry experts and knowledgeable beer enthusiasts as resources for information. Much of the early work was based on the assistance and contributions of beer journalist Michael Jackson. For 2011, revisions were aided by over 150 comments and suggestions from Great American Beer Festival and World Beer Cup judges, as well as other beer industry members.

“These guidelines help to illustrate the growth of craft brewers in the United States and also offer insight and a foundation for helping appreciate the hundreds of beer types brewed for the beer lover,” said Charlie Papazian, president of the Brewers Association.

The 2011 Beer Style Guidelines are available fordownloadin the Publications section of BrewersAssociation.org.