Brewers Feast will partner with Bintani Australia to create unique ‘Bintani Festival Beers’, with the 18 participating breweries at the festival being provided with a voucher granting them access to the company’s enormous range of malt, hops and yeast.

Slated for early December, the second edition of Brewers Feast, which debuted last year in the grounds of the Abbotsford Convent, will also feature a wide range of food from around Melbourne, live music, and beer education sessions.

Tyson McGeoch, festival co-organiser and co-founder, told Beer & Brewer that the scope of this year’s event has been broadened to include a wider array of breweries from around Australia, allowing brewers from outside Victoria to unleash their creativity in producing a festival beer. 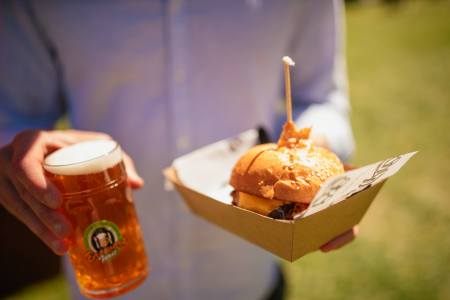 Asked if the famous festival beers at GABS were the inspiration for this aspect of the event, McGeoch said: “GABS obviously has a big influence in everything in the industry these days, but we really wanted to create an experience around the beer, so that everyone there is involved.”

“From the brewer being creative and trying something new, or people attending and having a beer, whether they’re seasoned craft beer lovers or first timers – we had quite a few new beer drinkers last year that came across even some of the more standard beers and said ‘wow, I didn’t know this is what beer could be like.’

“We want to take that a bit further and that’s why we’ve partnered up with Bintani. Their touch-point in the industry is providing the ingredients and ours is the endpoint – getting the beer to the consumer.

“It’s a unique partnership in a sense because neither of us are actually creating the beer but we’re able to offer something to both sides: the brewers in creating a festival beer and the drinker getting to taste the end product.”

McGeoch also said that they’re not especially looking for the brewers to create wacky, highly experimental festival beers that steal the headlines at GABS.

“I think there’ll be some things that are a bit out there, but we don’t necessarily want to go down the path of GABS with really wacky beers – we’re probably looking more at sessionable-type beers that are still doing something new,” he explained.

“We want to push the boundaries but not necessarily go to the extreme, so nothing like a bone marrow beer! Obviously it’s up to the brewers and what they want to do but we’re quite keen for it to be an exploration of a beer that they want to test, or see it as a potential beer for their regular line-up – as a limited release or ongoing.”

All Australian brewers are encouraged to register their interest in Brewers Feast for 2017 – visit www.brewersfeast.com.au for more details.

“It’s a unique opportunity and something that Bintani have not done previously, so it’s something new for them and hopefully for everyone who gets involved with the festival,” McGeoch said.