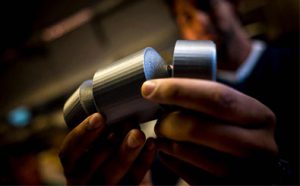 A group of undergraduate university students in the US are brewing up a plan to make beer on the moon.

The researchers from the University of California in San Diego are finalists in the Lab2Moon competition being held by TeamIndus and are hoping to test the viability of yeast on the moon.

They say their research is not just important for brewing space beer, but also for the development of pharmaceuticals and yeast-containing foods such as bread.

The team call themselves Team Original Gravity and are one of 25 teams selected from a pool of 3000. They are competing for a spot aboard the TeamIndus spacecraft, which is planned for launch on 28 December 2017.

Neeki Ashari, a fifth year bioengineering student at UC San Diego and the team’s PR and Operations Lead said: “We all appreciate the craft of beer, and some of us own our own home-brewing kits.

“When we heard that there was an opportunity to design an experiment that would go up on India’s moonlander, we thought we could combine our hobby with the competition by focusing on the viability of yeast in outer space,” he said.

The team has designed a special canister to accomplish their task, with the design based around actual fermenters.

Srivaths Kaylan, a fourth year nano-engineering major and Mechanical Lead for the team said: “It [the canister] contains three compartments—the top will be filled with the unfermented beer, and the second will contain the yeast.

“When the rover lands on the moon with our experiment, a valve will open between the two compartments, allowing the two to mix. When the yeast has done its job, a second valve opens and the yeast sink to the bottom and separate from the now fermented beer.”

If the team is selected they will be the first to brew beer in space.