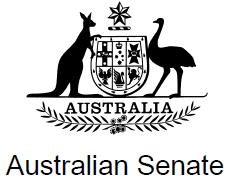 Tuesday 19 September 2011 – The Australian Greens will continue to work to reform the definition of a microbrewery for tax purposes, helping more innovative small businesses become medium-sized businesses and increasing tax revenues, despite Labor, the Liberals and the Nationals all voting against a motion on the issue today.

Microbreweries can only access the excise refund that other small local producers get if they brew less than 30,000 litres a year. This limit, and the $10,000 cap on the total refund, is stifling the growth of the industry, allowing further market domination by imported beers.

“I’m very disappointed that the government and opposition refuse to appreciate the special place that microbreweries have in Australia’s food culture, and the local jobs in rural and regional areas that they create,” Australian Greens Deputy Leader, Senator Christine Milne, said.

“But, while small wineries can claim back all the excise they pay under the Wine Equalisation Tax, only breweries of a very small size that is out of step with industry reality can claim an excise rebate.

“A study in 2008 by Street Ryan Associates showed that, if the government lifted the threshold for microbreweries, tax receipts would actually increase thanks to the growth of businesses.

“The Greens will keep pushing the government to consider this easy step that will not only help small businesses become medium-sized businesses but also help all Australians, when we drink responsibly, to drink great quality Australian beer.

“Those who support this simple change should contact their representatives at the tax summit and ask that it be put on the agenda.”

That the Senate notes that:

•Microbreweries need recognition within the tax system through the Microbrewery Refund, given that they are competing in a domestic market heavily dominated by multinational companies;

•The Microbrewery Refund was introduced in 2000, and that the definition of a microbrewery has not been reviewed and is now markedly out of step with industry reality;

•The maximum excise refund has remained capped at $10,000, while the beer excise has been raised twice a year for the last eleven years with CPI;

Calls on the Government to:

Amend the definition of a Microbrewery under Excise Regulation 1925 2AB, so that a microbrewery is defined as a brewery that produces up to 300,000 litres of beer annually, replacing the current maximum volume of 30,000 litres;

•Amend Subparagraph 50 (1) zzd of Excise Regulation 1925 to remove the maximum of $10,000 excise refund that can be claimed in a financial year.