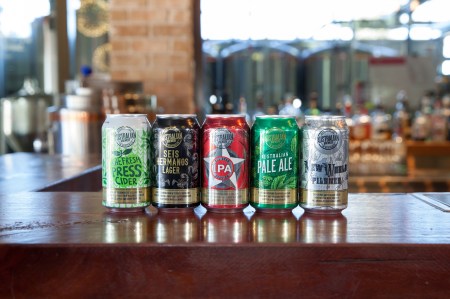 The Australian Brewery celebrated a record-breaking year in 2017, with an increase in sales volumes and distribution as well as success on the national beer competition circuit.

Adding to the Western Sydney brewery’s big year were two well-received collaboration beers with craft retailer Bucket Boys : a New England Milkshake IPA ‘If You Like Pina Colada’ and a Brown Ale made with real honey and oats, ‘That’s How You Make Porridge’.

“I’m excited to work with Equity Beverages and our brewery team to continue to grow our brand,” says Marcello Colosimo, owner of Australian Brewery. “My family and I love being a part of growing this industry and helping to get great beer into more people’s hands.”

There’s also a new canning line in the works, while the brewery’s production and fermentation capacity was increased by a third over the summer period ready for the expected increase in demand.

All signs point toward a big year for the Australian Brewery in 2018.