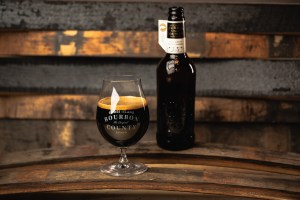 Australians will be the first people in the world to try Goose Island’s 2018 Bourbon County Stout, which is go on sale from 23 November.

Around 2,340 500ml bottles will go on sale, with a recommended retail price of $29 each. Goose Island will tap the world’s first 2018 sample at midnight on the morning of 23 November at The Everleigh bar in Melbourne. Additional events will be held at Uncle Hops at The Bank Hotel in Sydney, and the Dutch Trading Co. in Perth. 2017 variants will also be on offer for beer fans at each event.

Bourbon County Stout, a barrel-aged Russian imperial stout with a 14.7% ABV, is brewed exclusively at Chicago’s Goose Island Brewer. It is then aged Heaven Hill Bourbon barrels (which themselves are at least four years old) for a year. The first batch was released in 1992.

“Flavours of cocoa, vanilla, caramel, almond, cherry, plus leather and tobacco flavours permeate this complex beer and deepen with each sip,” says the official tasting notes.

“For years, people across the US have camped out to get a bottle and we’re delighted Australians are discovering what a special beer it is,” says Ken Stout, Goose Island international president. “While it seems every craft brewery has now adopted a barrel-aging program, the legendary status of Bourbon County Stout ensures its enduring appeal and place within the beer world. It’s history, flavour and cult following mean there is no other beer like it.”