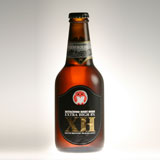 New research from Roy Morgan shows that Australian beer drinkers are shifting their focus away from Australian brews, in favour of imports. The research report states that in the 12 months leading up to September 2013, 35 percent of Australians drank an Australian beer in an average four week period – down four percent for the same period ending September 2009.

Additionally, the research showed that in the same time periods, the proportion of Australians who drank an imported beer in an average four week period rose from 14 percent to 17 percent.

“A key differentiator in type of beer consumed is age, with those aged under 25 showing a greater preference for imported beers than those aged 25 and over,” said Geoffrey Smith, general manager consumer products, Roy Morgan Research. “However, imported beer isn’t the only alcoholic beverage gaining ground with this demographic: cider consumption has skyrocketed among young drinkers since 2009 (from 6.8% to 21.3%). As new young drinkers come of age, it will be interesting to see if this move towards imported beer continues to gain ground.

“While there’s no single reason behind the overall decline in local beer consumption, Australia’s consistently strong dollar means the price difference between imported and Aussie beers has come down; plus imported beers are more widely available than ever,” Smith said. “It’s crucial for our local brewers to have a detailed understanding not only of who their customers are but also of how they differ from imported-beer drinkers. This will ensure they retain their edge in this increasingly competitive market.”