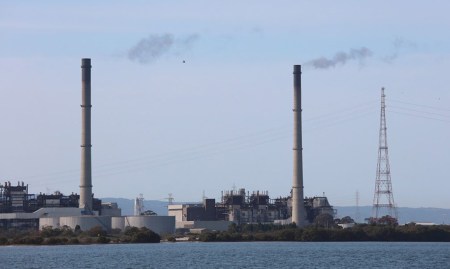 A South Australian power plant is using waste carbon dioxide from a gas-fired power plant to grow tomatoes and put bubbles in beer.

The plant is being operated by Air Liquide to capture and purify up to 50,000 tonnes of CO2 emissions from the power station’s exhaust per year, and is the first plant in Australia to capture CO2 from a power station for the carbon dioxide market.

Air Liquide will on sell the gas to the merchant CO2 market in South Australia for a variety of uses including carbon dioxide enrichment in greenhouses for tomato growing, carbonating drinks including beer, and reducing the pH in water treatment facilities – including the desalination and modified atmosphere packaging for soft drinks and beer.

Air Liquide Australia Limited Managing Director Michele Gritti said although the company had commissioned similar plants in other countries, it was the first time it had been rolled out in Australia.

“In most of the case CO2 is captured from petrochemical sources that generate a stream which is more concentrated, therefore requiring a lower investment than the one at Torrens Island,” he said.

“The capture and storage of CO2 is critical to the reduction of greenhouse gas emissions from power plants and makes clean energy a reality.

“The technology required to capture CO2 from a steam like the one of AGL is unique and Air Liquide is one of the very few companies with the experience and know-how to successfully implement this project.”