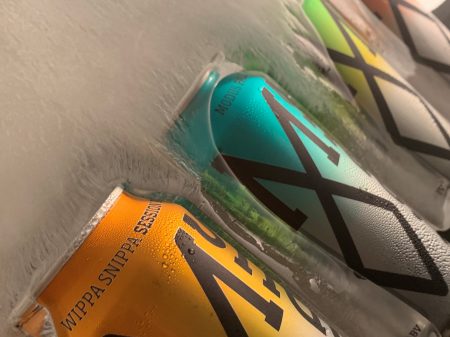 A new chapter has begun at popular Sydney brewery Modus Operandi, with the launch of a new core range beer and the shift of that core range from tall 500ml cans to smaller 375ml vessels.

Apart from making the beers “more available and accessible to fans of Modus”, co-founder Grant Wearin also says the new format reflects a shift in the wider craft beer market.

“When we launched the 500ml cans four years ago, cans weren’t as ubiquitous with craft beer as they are now. We’re big on freshness and cans are the perfect vessel, however the drinker familiarity with the 375ml format is key now.

“Plus we have a responsibility with how much alcohol in terms of standard drinks [there is] in a can, given our beers are big and bold.”

Limited release Modus beers will remain in tall cans “for the time being”.

The new mid-strength core range beer, Wippa Snippa Session Pale (3.8% ABV), is described as “big on flavour, light bodied and low ABV” and “fueled by fistfuls of the best hops”. Drinkers can expect a melon, subtle grapefruit and a citrus hop punch balanced against a light-bodied, dry and refreshing finish.

And the name? “[It’s] named in honour of a fantastic powerful little package which always keeps you clean around the edges,” says Wearin. “Snip away, all day!”

As Wearin explains, the team approached Wippa Snippa from a flavour angle rather than an ABV angle – referring to the practice of larger brewers targeting 3.5% ABV or below for draught excise relief, “which is not Modus’ style”.

“It’s our take on balancing flavour and ABV, without letting the bean counters or marketing magicians insist on it being 3.5% ABV.” 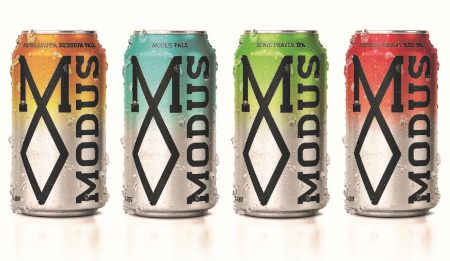 The shift to a more accessible-sized can also begs the question: will Modus be pushing its range, in terms of distribution, out to a wider audience around the country?

“Yes, we are, but through organic growth largely word of mouth, the uptake of our beers is pretty astounding really,” says Wearin. “For a little family outfit on the Northern Beach we’re very proud to be considered a large employer in the area and putting back into the local community.”

And they’re not stopping there. According to Wearin, the new core range beer and the can format change “is only the tip of the iceberg”.

“This is far and away our most exciting year – a lot of the stuff we’ve been working away quietly on [in] the background will be unveiled through 2019…. Watch this space”.

To begin with, the 375ml cans will be available exclusively at Modus Operandi’s Mona Vale brewery from tomorrow (Friday 1 March) and will then roll out nationally, state by state. A launch party will also be held tonight (28 February) at Slim’s Rooftop at Hyde Park House in Sydney.