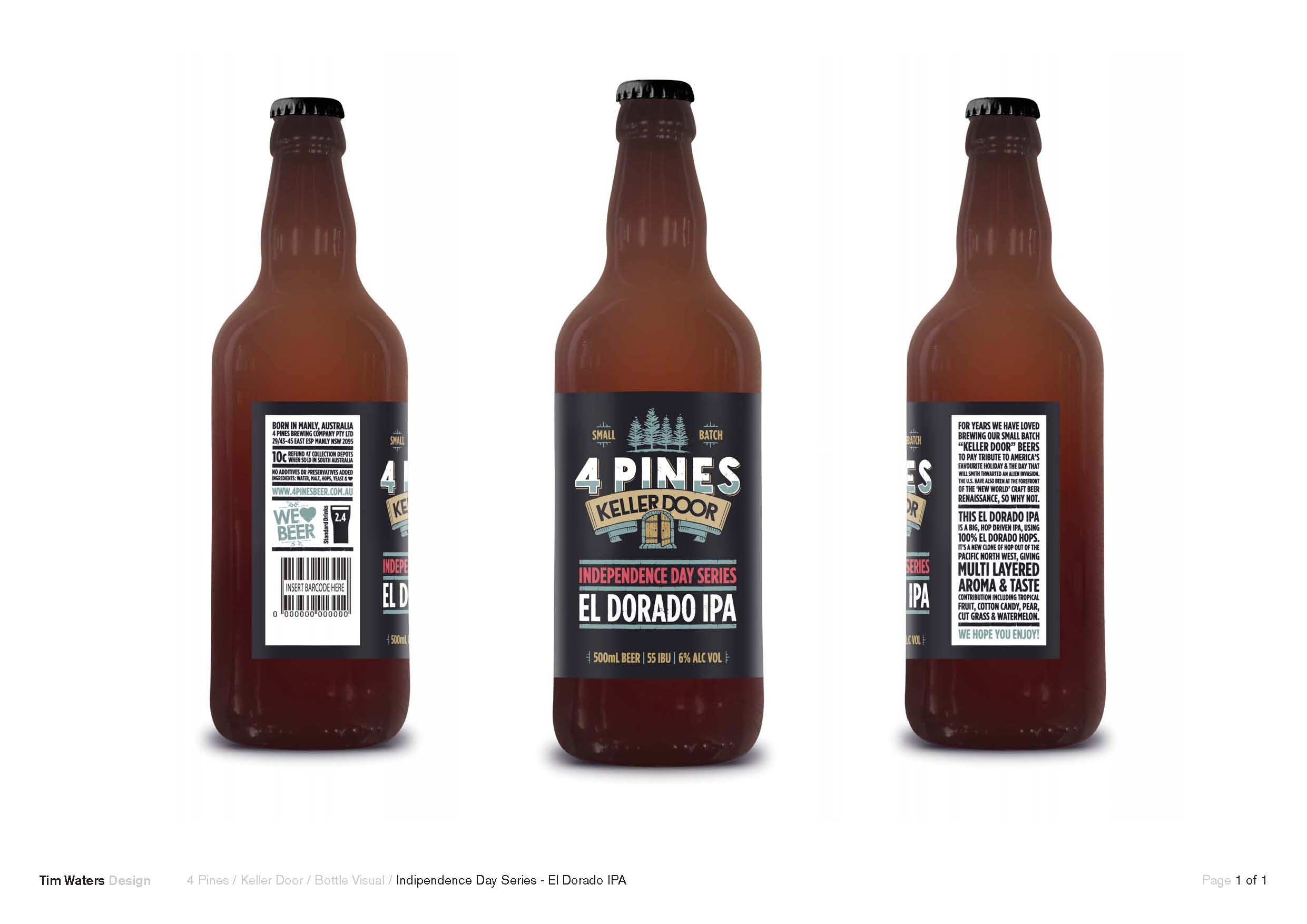 Much loved Manly-based craft brewers 4 Pines are set to celebrate their fifth birthday in style with a bash at the new Brookvale brewery as well as releasing their first Keller Door in packaging.

Due out in early July, the brew is an India Pale Ale called The Independence Day El Dorado IPA.

The 100 per cent American hopped beer – using, what else, El Dorado Hops – is the latest in their series of beers brewed to celebrate American Independence Day, a major holiday in the US, the spiritual home of the “new world” craft beer renaissance.

This is the first beer in the Keller Door range that has been bottled – an occurrence made possible by the opening of the new brewery.